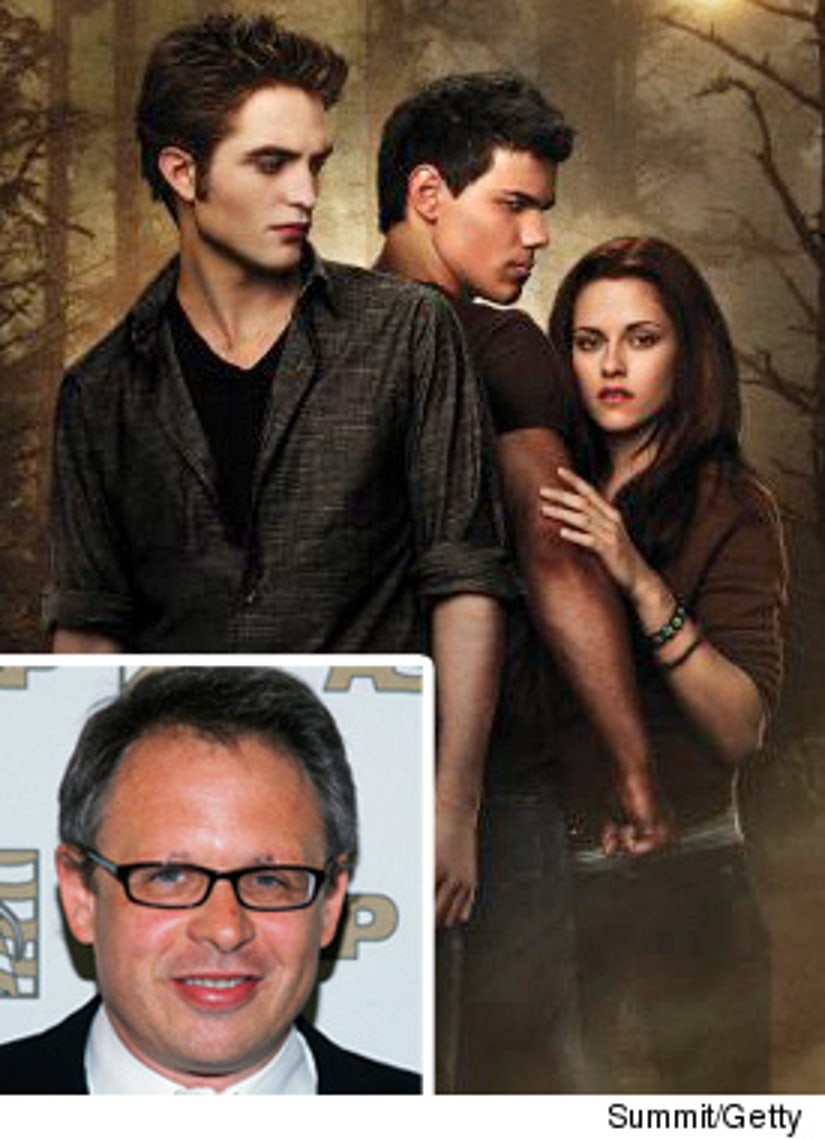 Just because "Breaking Dawn" is being directed by the guy who did "Dreamgirls," Bella, Edward and Jacob won't be belting out any tunes.

In an online, open letter to "Twihards, Twifans, Twilight Moms, Team Edward, Team Jacob and Team Switzerland," director Bill Condon says there "won't be any musical numbers" in his flick -- and urges fans to submit questions for him about the movie.

Bill's been doing his research -- he adds he's read "Breaking Dawn" twice, has rewatched the previous movies 2-3 times, has the soundtracks playing on his car and the graphic novel on his desk.

Check out the full letter on the "Twilight" Facebook.