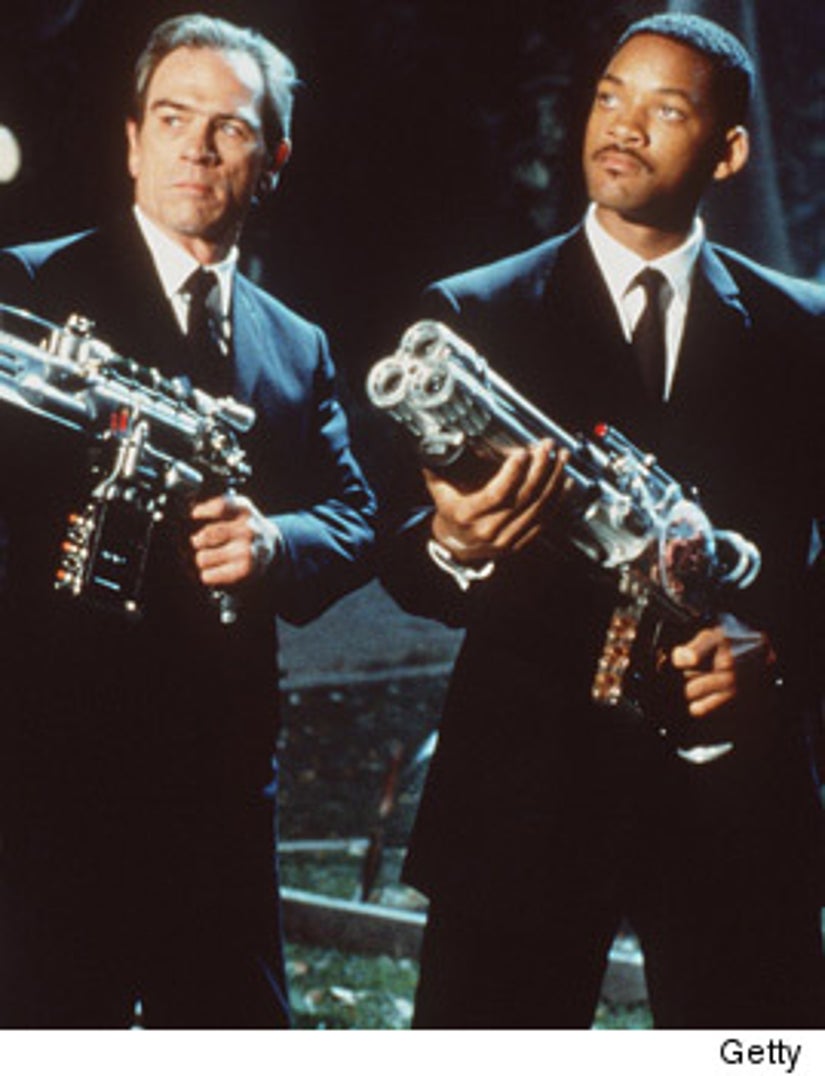 Get ready to have some freaky, little green men flying at your face -- because another "Men in Black" flick is coming ... and it's gonna be in 3-D.

According to EW, Columbia Pictures is planning on releasing the sequel on May 25, 2012 -- and Will Smith and director Barry Sonnenfeld are on board.

Negotiations are also in place for Tommy Lee Jones and Josh Brolin, who could play a young version
of Jones' character.