Summit Entertainment is trying to make "Breaking Dawn" two films -- but salary disputes might mean two "Twilight" stars won't be back in the final flick! 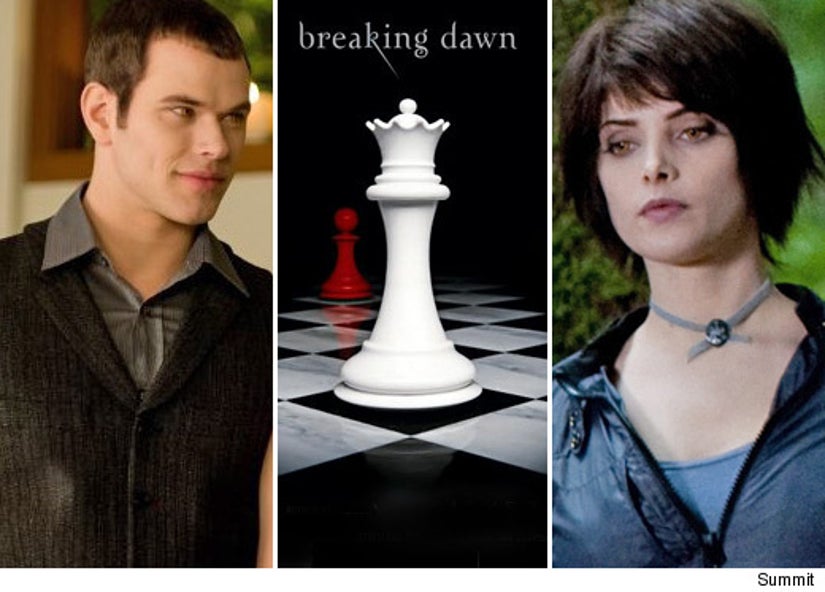 Don't worry, Robert Pattinson, Kristen Stewart and Taylor Lautner will all get big salary bumps to do a fifth movie -- but, according to The Hollywood Reporter, Kellan Lutz and Ashley Greene want more money than the studio wants to shell out.

A source tells the paper, "We may have a situation where one of them is thrown out on the street to make a point," a la Rachelle Lefevre, who was replaced by Bryce Dallas Howard in "Eclipse."