There will be a Vampire on the soundtrack for "Twilight: Eclipse" -- but it won't be Robert Pattinson. 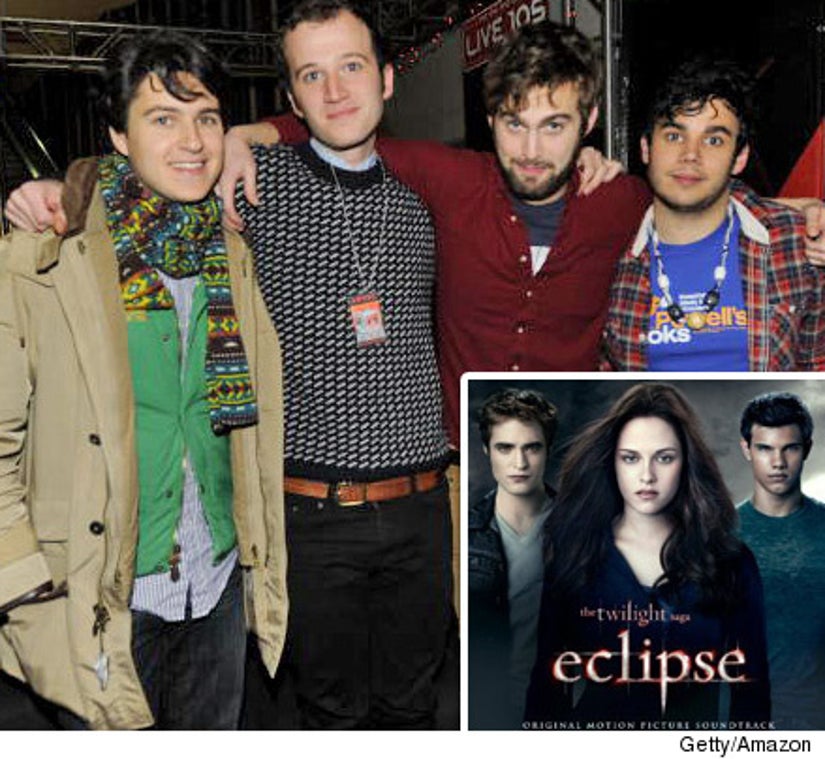 MySpace Music is rolling out the lineup for the album online today -- and Vampire Weekend has been added the the group.

According to the site, the group's "Jonathan Low" will appear on the CD, along with Metric's "Eclipse (All Yours)", Bat for Lashes' "Let's Get Lost," The Bravery's "Ours," The Black Keys' "Chop And Change," Muse's "Neutron Star Collision," and Fanfarlo's "Atlas."

More songs announced every 30 minutes ... so keep checkin' back!

UPDATE: Sia's song "My Love" and Florence + The Machine's "Heavy in Your Arms" also made the cut.

Also: The Dead Weather's "Rolling In On a Burning Tire," UNKLE's "With You In My Head," Eastern Conference Champion's "A Million Miles an Hour" and Band of Horses' "Life on Earth."