Ashley Greene could have a brand new franchise once she wraps up "The Twilight Saga" -- because she's reportedly been offered a lead role in "Scream 4." 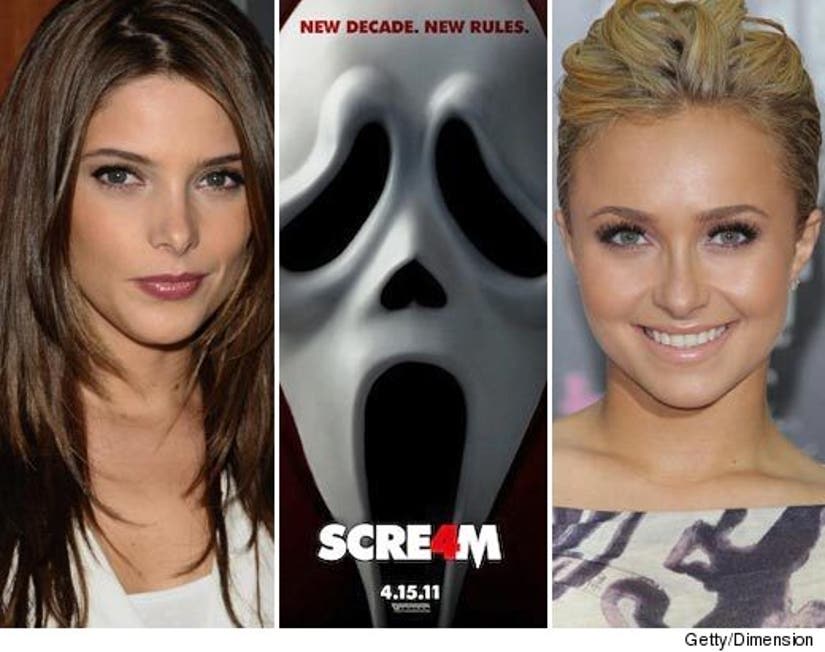 According to Heat Vision, Greene's been offered to play Neve Campbell's cousin in the flick, which is supposed to kick-off a new trilogy of the slasher series. The part is described as the "heroine."

Filming is expected to start in July.