Swedish pop star Robyn's new single "Dancing On My Own" doesn't officially drop until June 1st -- but the music video for it has already hit the internets. 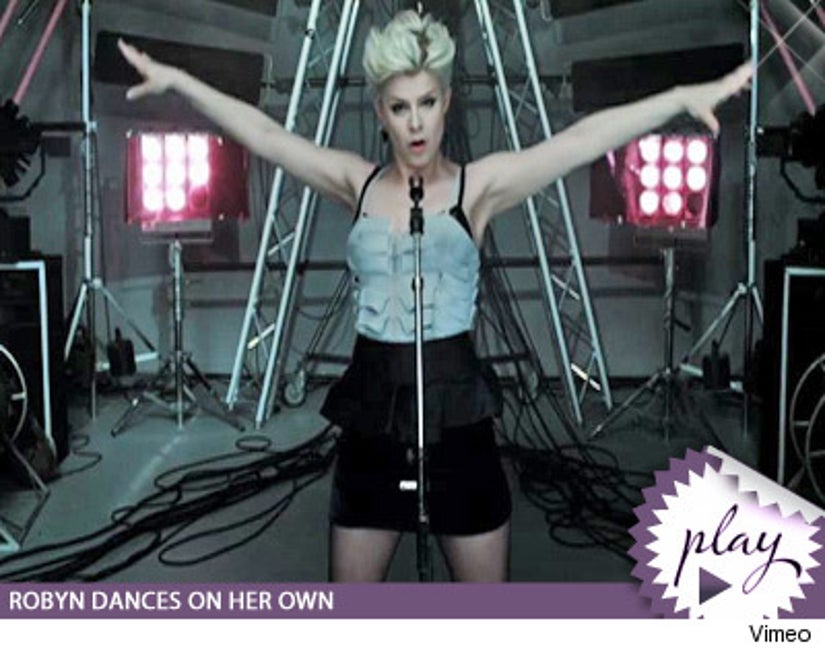 Robyn says the single is an ode to sad disco anthems -- and she wanted to show "the contrast between dancing, which is such a happy form of expression, and feeling heartbroken"

Her full album, "Body Talk Pt. 1", is due out June 15, and will be followed by two more albums later this year.