First thing's first -- SPOILER ALERT for anyone who hasn't read the books -- but we've got new shots of Harry Potter and Ginny Weasley ... and they've got wrinkles and kids! 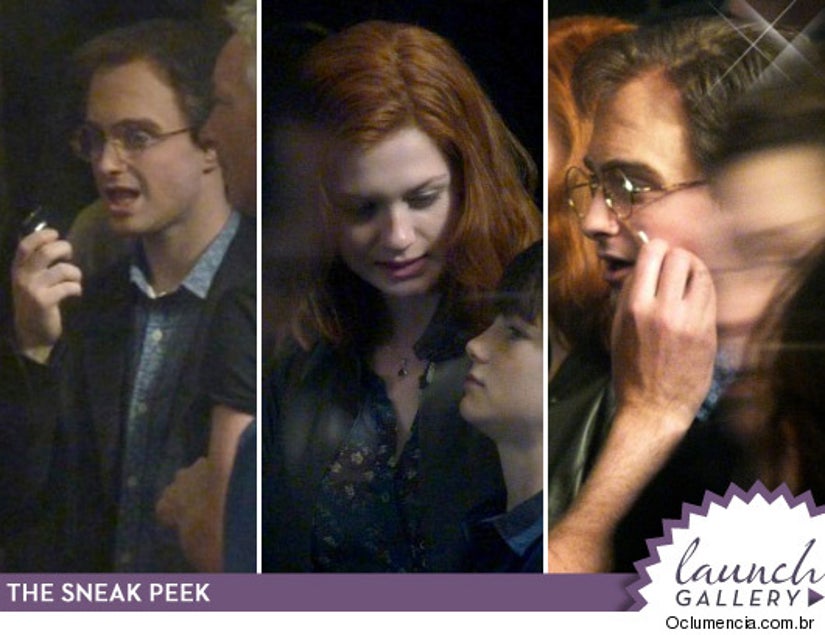 According to Oclumência -- a Brazilian fan site -- these photos of Daniel Radcliffe and Bonnie Wright were taken recently in London while filming the epilogue scene from J.K. Rowling's last book, "Harry Potter and the Deathly Hallows."

The scene takes place 19 years after Voldemort's defeat at Hogwarts, when the characters are in their late 30s.

The book will be split into two flicks -- don't expect to see this scene 'til the final one drops July 2011.