Victoria's Secret model Rosie Huntington-Whiteley (right) is the front-runner to replace Megan Fox as Shia LaBeouf's love interest in Transformers 3 -- but there are two other seriously hot options. 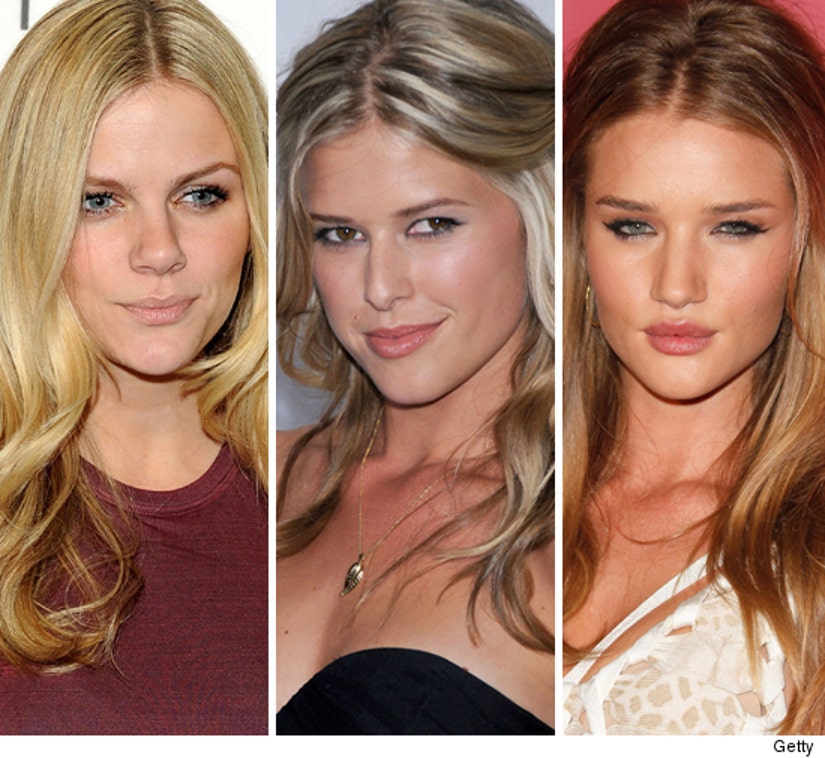 The studio began production on the project last week in L.A., but Bay has another week to make his final decision.