It may not have been the best year for Sanda Bullock's personal life -- but financially, she's doin' just fine! 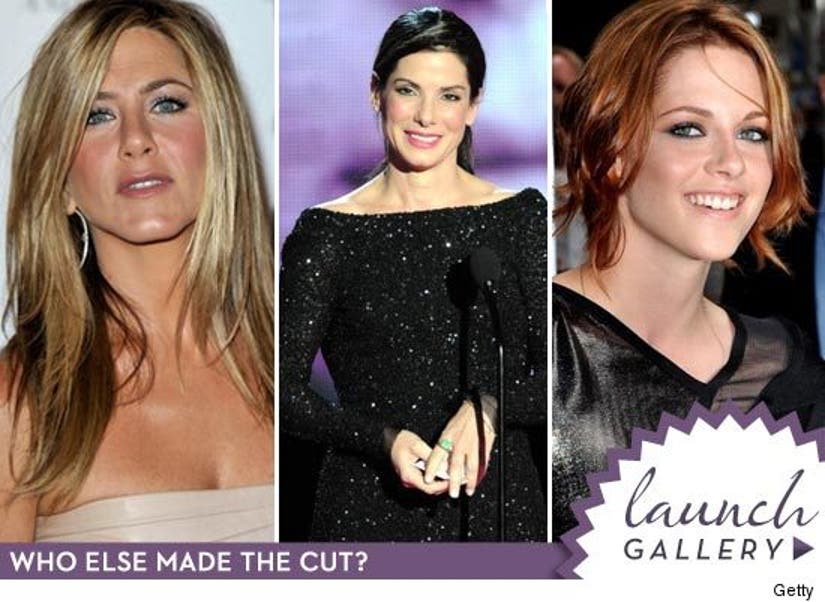 Forbes Magazine released their list of Hollywood's Highest Paid Actresses today, and Sandy was sitting pretty at #1 -- raking in $56 million between June 2009 and July 2010.

"Twilight" star Kristen Stewart also made the list -- and was the youngest star on it -- coming in 10th with $12mil in the last year.

To see who else made the cut -- and to find out how much more Jennifer Aniston pulled in than Angelina Jolie -- check out the full gallery!