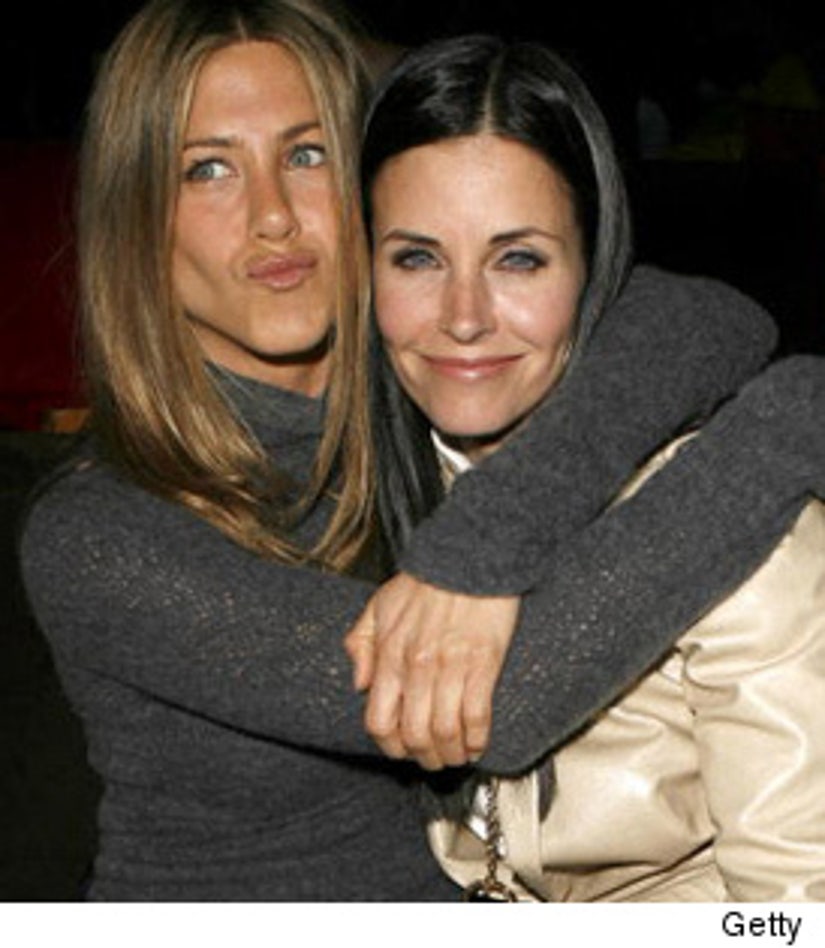 Jennifer Aniston and Courteney Cox-Arquette are teaming up on the small screen again -- this time on Court's show "Cougartown."

According to Us Magazine, Jen -- who co-starred with Courteney on "Friends" and guested on "Dirt" -- will appear on the show's Season 2 premiere.

No other details have been released but the episode is set to air September 22.

This news comes after the disappointing opening of Jen's new movie, "The Switch," which only made $8.1 mil over the weekend.