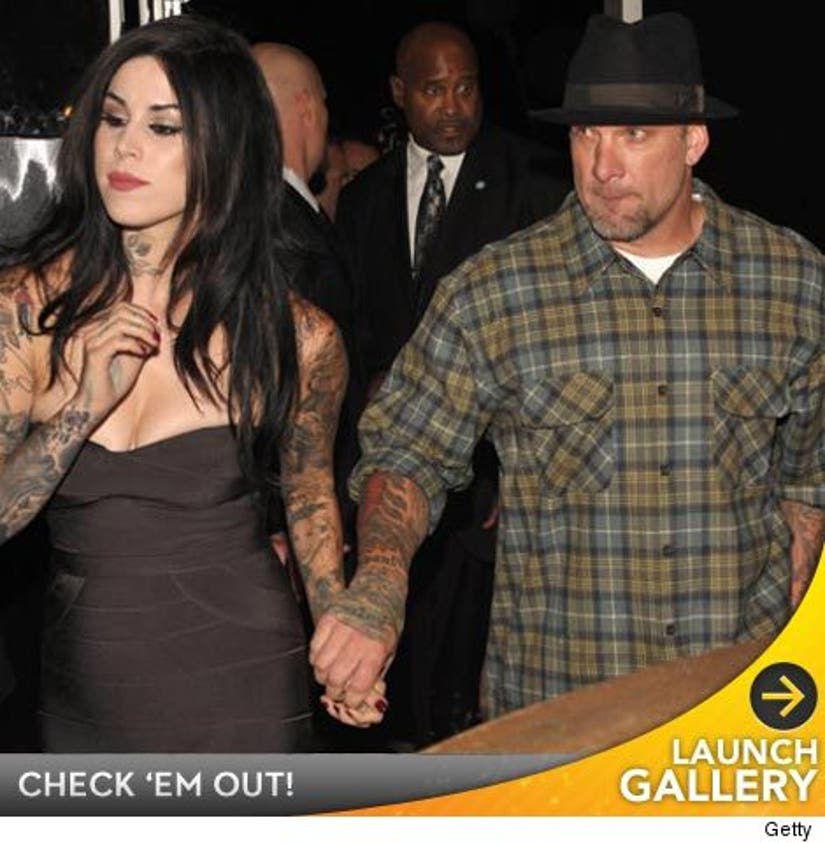 The couple, who was first spotted together in Vegas last month, went to the opening of Kat's Wonderland gallery together on Thursday in West Hollywood -- where they were all over each other.

At the event, Kat told PEOPLE she "doesn't hang out with anybody unless I'm in love" -- and added she believed James was "The One."