At Sunday night's Kennedy Center Honors in Washington, D.C., it was apparent that the feud between Aerosmith frontman Steven Tyler and Kid Rock over Tyler's "American Idol" judging gig shows no signs of letting up: Tyler ignored Kid Rock the entire evening, TooFab has learned. 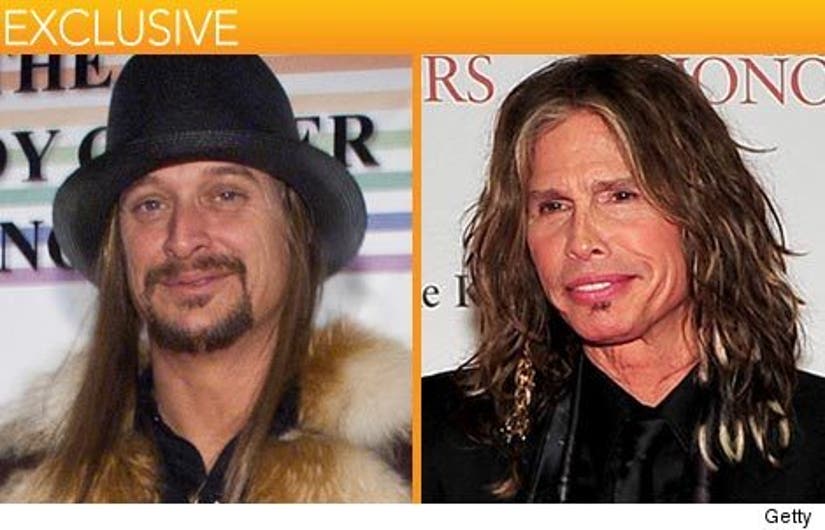 A war of the words erupted in October, when Kid Rock told "Entertainment Weekly" that Tyler's decision to join "Idol" as a judge is "the stupidest thing he's ever done in his life." Tyler later told reporters that Kid Rock was "jealous."

A source tells TooFab that Sunday's soiree "was the first time they had seen each other since Kid Rock had dissed Steven for going on "American Idol." But Steven didn't make his way across the room when he saw Kid Rock."

Instead, says the source, "Steven hung out backstage with Paul McCartney, Alec Baldwin, Sheryl Crow and Dave Grohl, who were congratulating him on his tribute to [honoree] Paul McCartney."