The first shots of Nicole Richie in her wedding gown have surfaced -- and she looks absolutely stunning! 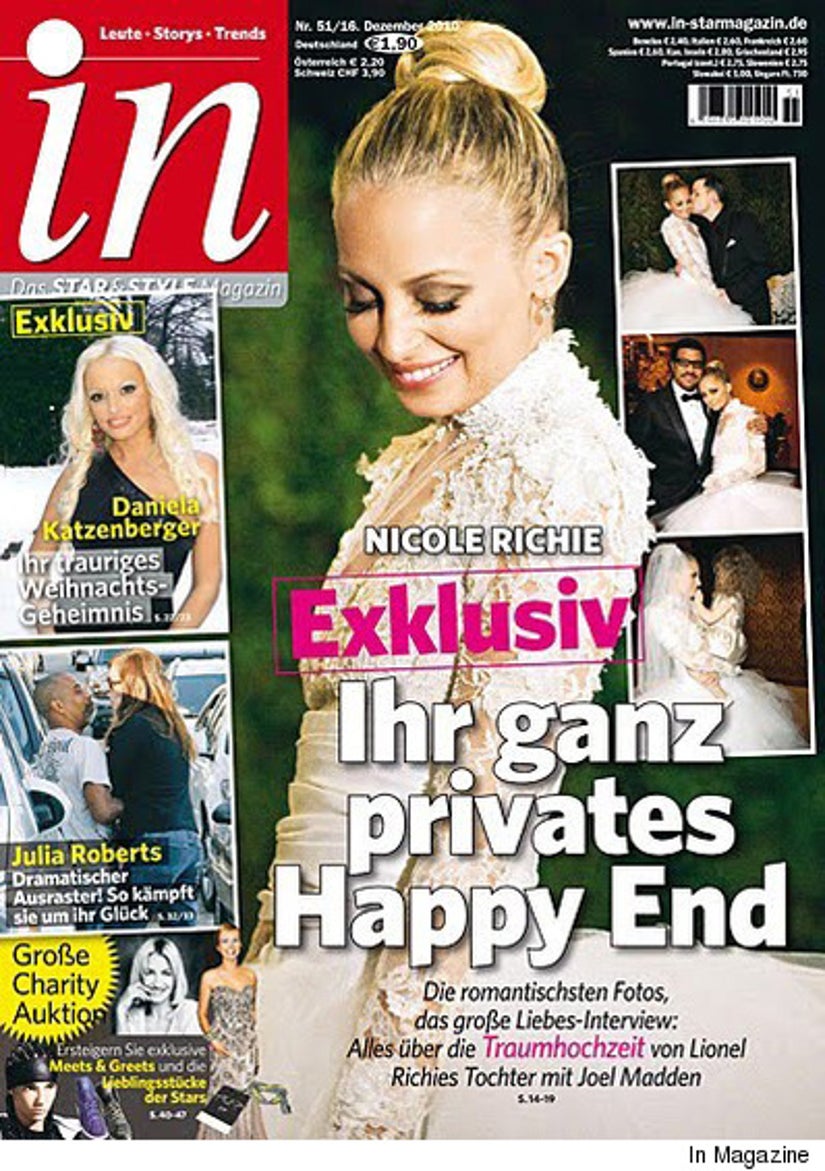 The pictures, which appear on the cover of Germany's In magazine, show Richie in her lace, tulle and organza Marchesa gown -- which she tells PEOPLE was inspired by the one Grace Kelly wore in her wedding to the Prince Rainier of Monaco.

The photos also show Joel Madden in his tux, Nicole with her father, Lionel, and with her daughter, Harlow.

PEOPLE magazine will have additional photos from the wedding in Friday's issue.