Kelly Osbourne is coming out swinging for her new co-star, Miley Cyrus -- blasting anyone who thinks the Disney star is a bad influence after her Salvia controversy. 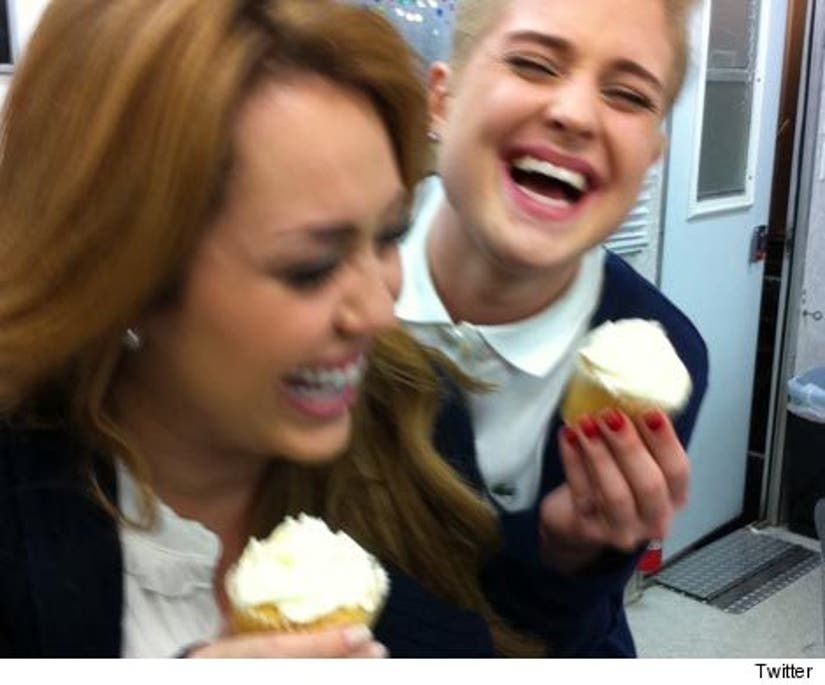 "Just read in the rags that apparently my mum thinks Miley is a bad influence on me it could not be father from the truth," Kelly tweeted last night, "Actually it's the other way around Miley has us all on a health kick. Gym/early nights There really scraping the barrel on that one!"

Kelly wasn't done yet though, continuing: "This really makes me mad. Miley is one of the most hard working respectful women I have ever worked with I am learning a lot from her! Miley and I have become really close I'm sick of all the haters judging her she mad one mistake and trust me she has learned her lesson!"

Kelly then posted a photo of her and Cyrus from the set, with the message "This is how im a bad I influence on Miley I force her to eat cupcakes so I don't feel so bad about eating one!"

The two are currently in New Orleans filming their new flick "So Undercover."