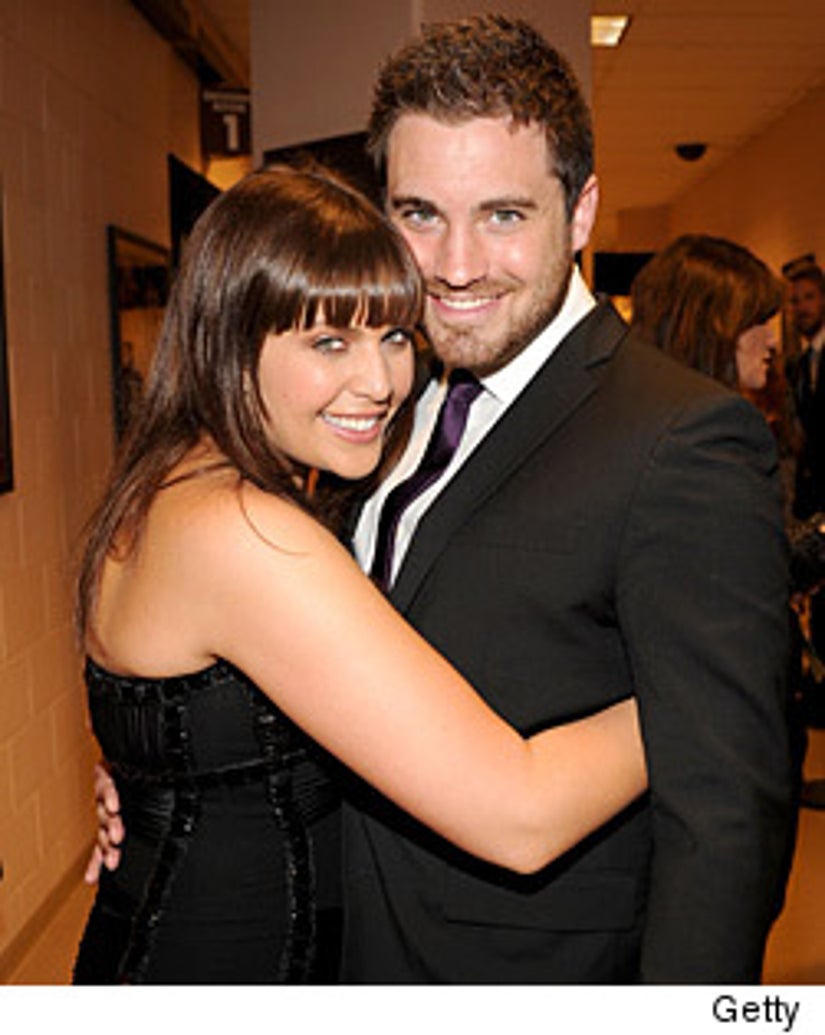 The Lady Antebellum singer is engaged to Chris Tyrell, a fellow musician. Us Weekly confirmed the happy news.

Scott. 25 and Tyrell, 24 met when they served as opening acts on Tim McGraw's tour. Tyrell is a drummer for Love and Theft.

In an interview on AOL's country site "The Boot," Scott suggested her romance with Tyrell worked its way into the Lady Antebellum song "Just A Kiss."

"We love writing songs from personal experience, and this is definitely one of those songs," she revealed. "There is so much excitement at the beginning of a new relationship ... all the butterflies and that optimistic feeling that this person could be 'the one.' This song is about one of those times when your brain kicks in and tells your heart 'good things are worth waiting for.'"

Tyrell reportedly popped the question on July 4th when the two were at a lake in Tennessee. No wedding date has been announced yet.