Anne Hathaway has a secret talent: She can rap! 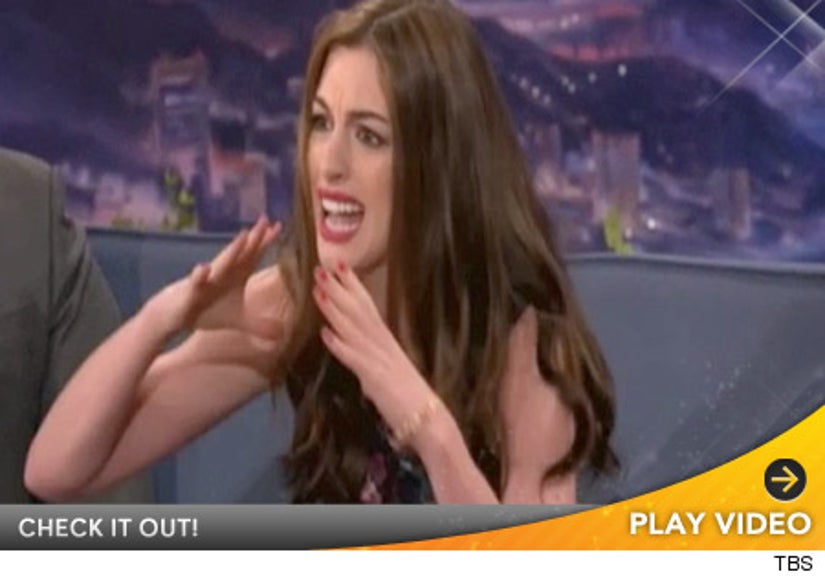 The star of the upcoming flick "The Dark Knight Rises," broke it down "in the style of Lil Wayne" last night on "Conan" -- busting a rap about paparazzi on the set of the movie, which is currently filming.

In the hilarious clip, Hathaway sings such lines as "I'm a paparazzi, I don't play no Yahtzee" and "Pop, pop, pop, scream all you want, won't make me stop!"

Conan O'Brien was impressed ... and so are we. Check it out!