We've seen some pretty crazy things on "Toddlers & Tiaras," but one pageant costume from tonight's episode definitely crosses the line. 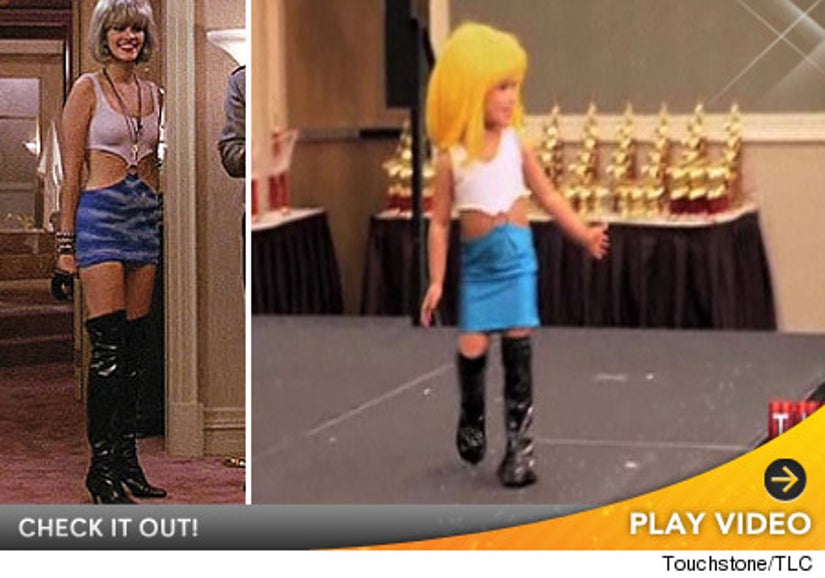 In the clip, one of the other pageant moms complains "It's outfits like that that give us a bad rap," but the crowd and the judges seem to find the getup adorable.

Earlier this season, one of the pageant moms came under fire for dressing her daughter up as Dolly Parton -- fake boobs and all!

What do you think of the outrageous (and inappropriate) outfits?