Touting the biggest prize in reality TV history, the re-teaming of Simon Cowell and Paula Abdul and a built-in rivalry with "American Idol," "The X Factor" has a lot to live up to -- so, does it pull it off?

The answer: Without a doubt! Warning, spoilers below. 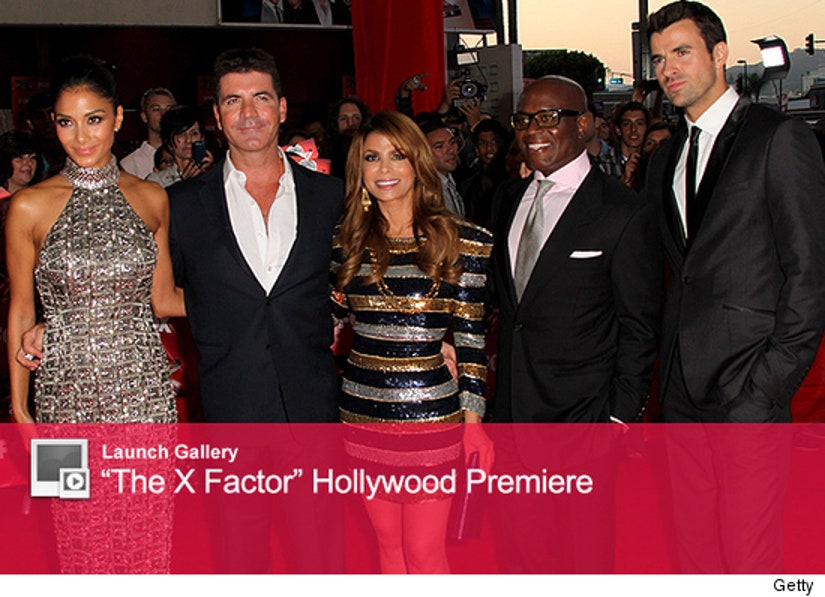 TooFab's Brian Particelli was able to catch a sneak peek at the first two episodes at the Hollywood premiere last night (photos above), ahead of a Q&A with judges Simon, Paula, Nicole Scherzinger, L.A. Reid and host Steve Jones.

The show sticks close to the blueprint laid out by "American Idol," but manages to make it fresh by keeping the focus on the strong singers with stronger backstories.

Right off the bat, the show sucks you in with an adorable 12-year-old girl with a big voice -- then keeps the amazing singers coming. From 18-year-old college student Melanie who kills it with Beyonce's "Listen" to a 70-days-sober, former drug-addict with an original song ... it's a compelling group.

42-year-old Stacy Francis, a single mother who absolutely nails her audition with Aretha Franklin's "Natural Woman," also steps out as an early frontrunner -- getting a standing ovation from the judges and audience on the show ... and a heavy round of applause from those watching the preview last night!

Of course, no competition show would be complete without the bad ... and "X Factor" doesn't disappoint there either. There's a gross stripper, a cute (but not good) elderly couple and a guy named Xander Alexander ... who almost outsasses Simon.

Speaking of Simon, it's great to see him playing off of the loopy Paula again and L.A. Reid makes a great foil to the nasty Brit, the two butting heads on a regular basis.

Cheryl Cole does appear in the first episode, but is replaced in the second by Scherzinger with little explanation. For the record, she's not that hard to understand.

After the screening, we were treated to a Q&A with the show's cast. Some interesting tidbits:

-It got awkward when the mother of a boy who tried out for the show asked if they would consider reevaluating the audition process -- because she thought her son deserved a 5 minute audition. Simon lightened the mood by blaming the producers.

-According to Simon, Paula and Nicole don't like attractive girls -- and that's what sparks most of the arguments on the panel.

-Steve Jones will be dodging women's underwear when the live shows start. "Panties, throw them at him. As many as possible," quipped Nicole at the end of the panel.

Seriously, Steve is a beautiful man. More proof below, seen in 2009 with Hayden Panettiere. 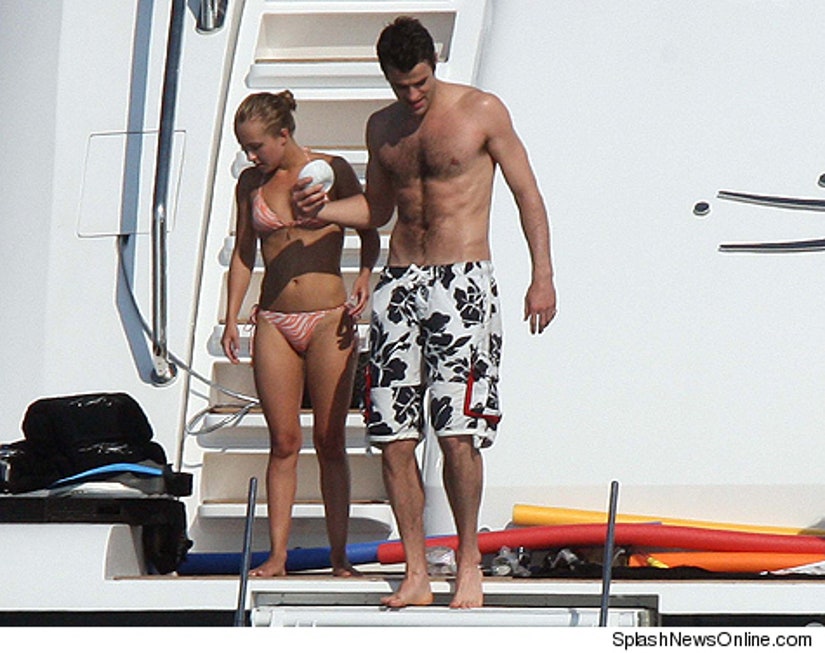