UPDATE: Nancy tells TMZ she was wearing pasties during her performance and that she didn't have a nip slip. She even posted photos of her Breast Petals on Twitter. Believe her?

Of all the people on "Dancing with the Stars," Nancy Grace was the last person we thought would ever pull a Janet Jackson -- but last night, she did just that.

At the end of her quickstep with partner Tristan MacManus, her cleavage popped out of her dress, giving the audience a nip-slip nobody was prepared for.

The show did a realllllly good job at editing around it though, showing the audience while host Tom Bergeron fixed her up. You'll see the split second shot between crowd reactions -- we added the star.

"That's alright, on the European version that would be perfectly fine," Tom joked after helping her out.

Despite the wardrobe malfunction, Nancy scored alright -- getting a 21/30 from the judges.

Click here to see how the rest of the cast did. 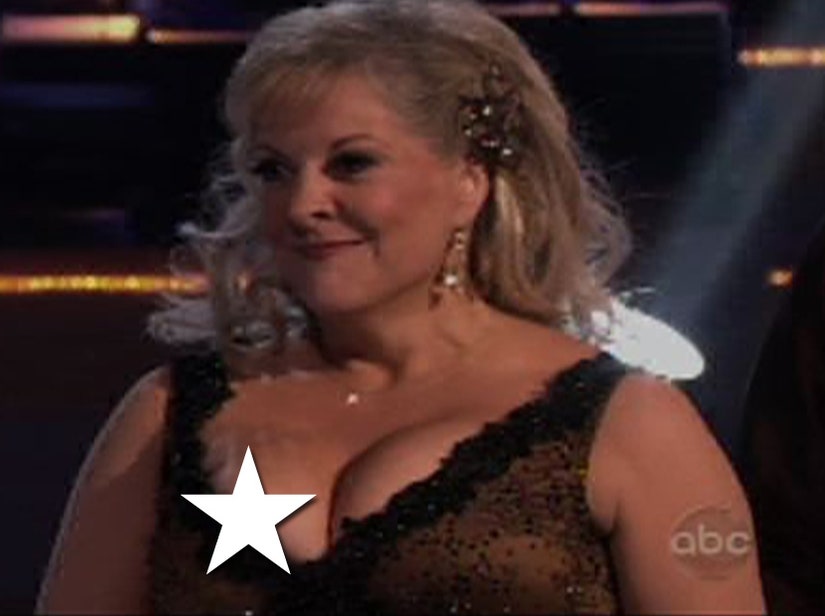