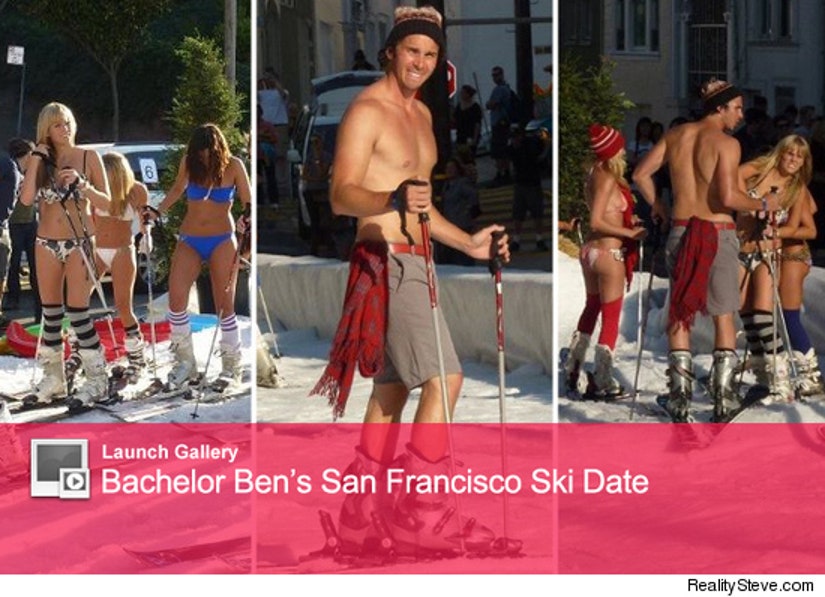 Brand new "Bachelor" Ben Flajnik is already stripping down for his new crop of potential fiancees.

Filming is currently underway for the show's 16th season and yesterday Ben was spotted in San Francisco, his hometown, skiing shirtless down one of the city's famous hills. Yes, you read that correctly: Skiing.

The people at ABC managed to turn a San Fran street into a ski slope, filled with snow and ski bunnies, as seen in photos from RealitySteve.com.

Since it's not actually winter, Ben went shirtless and his suitors all wore bikinis.

Flajnik, who was briefly linked to Jennifer Love Hewitt, was picked for the show after Ashley Hebert turned down his proposal on "The Bachelorette."

The new season of "The Bachelor" starts airing January 2012.