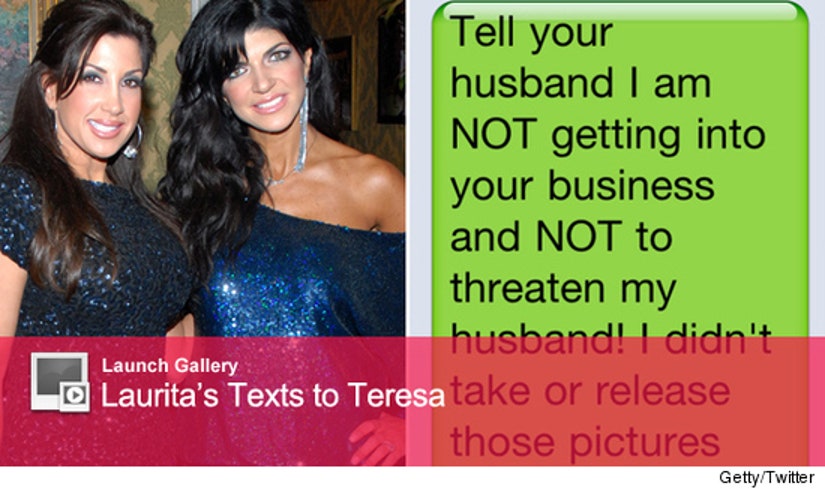 In the middle of the Melissa Gorga/stripper allegations, Laurita took to her Twitter to address another matter: Photos of Terea's husband with another woman!

"Teresa put out an article that I text her and threatened to release those pictures and I didn't!" Laurita posted over the weekend, "I wanted to prove that. Teresa is scum!"

Laurita then posted the 6 text messages she sent Teresa warning her photos were coming out and who was behind them. Check them out above.

She also addressed the stripper story in a longer post, saying "Teresa told me that 'rumor' about Melissa when she first started the show. She wanted to out her then. She knew. She plotted it."

So what's Teresa got to say about all this? Well ... not much.

She tweeted this weekend too, but only said she was heading to the Catskills and "had an amazing Sunday dinner with my family."

While the Twitter drama is interesting ... save it for the cameras!