Kristin Cavallari had an unlikely cheerleader in the crowd last night during "Dancing with the Stars" -- her ex-boyfriend and onetime fiance Jay Cutler.

Though the two split when they called off their engagement, the football star was seen sitting on the sidelines last night while Kristin performed an energetic samba with partner Mark Ballas.

Kristin's song choice was Beyonce's "Crazy In Love" -- so, are we supposed to read into it at all?

Yesterday she was on Ryan Seacrest's radio show, where she talked about her current relationship with Jay.

"We're friendly. We're tweeting each other," she said. Adding "It's pretty hard to see each other right now when I'm dancing, and he's playing football."

When asked further she said "Well, you know what I've learned over the years is that it's just best not to talk about your relationships. And I'm sticking to that.”

So what do you think? Game on? Sound off below! 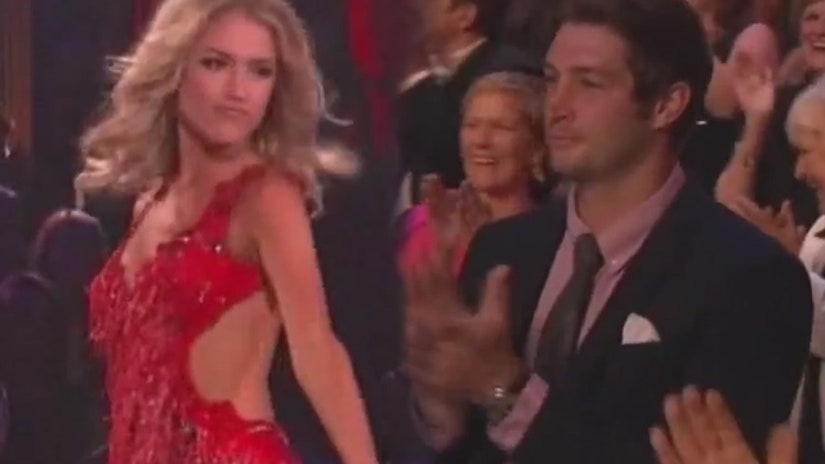