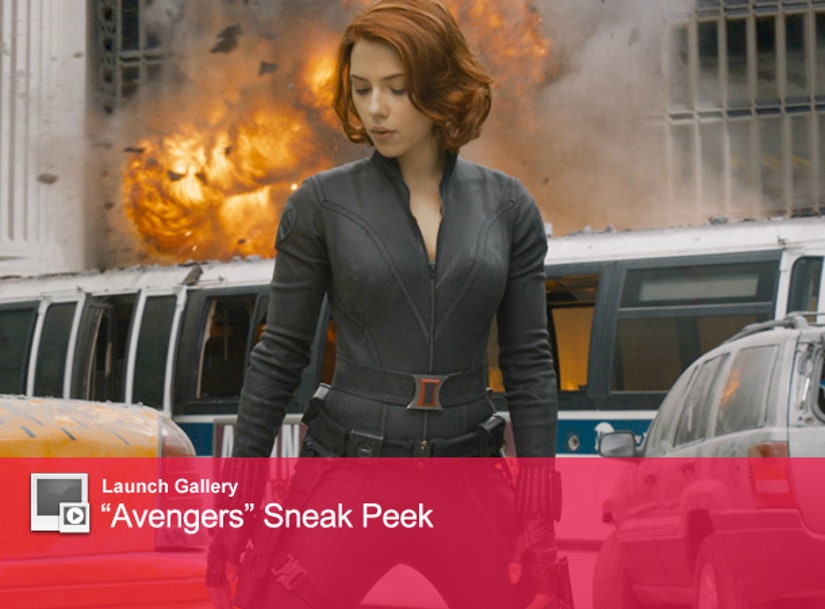 "The Avengers" won't assemble in theaters until May 2012 -- but we're getting our first official look at the team of superheroes in action right now!

Marvel has released a new batch of photos, first seen in Entertainment Weekly, showing Scarlett Johannson all suited up as the sexy Black Widow, Samuel L. Jackson looking badass as Nick Fury and Chris Hemsworth and Chris Evans and Robert Downey Jr. back in their super suits as Thor and Captain America.

Jeremy Renner is also seen alongside Scarlett in costume as Hawkeye.

Not pictured, yet, Robert Downey Jr. as Iron Man and Mark Ruffalo as Hulk.