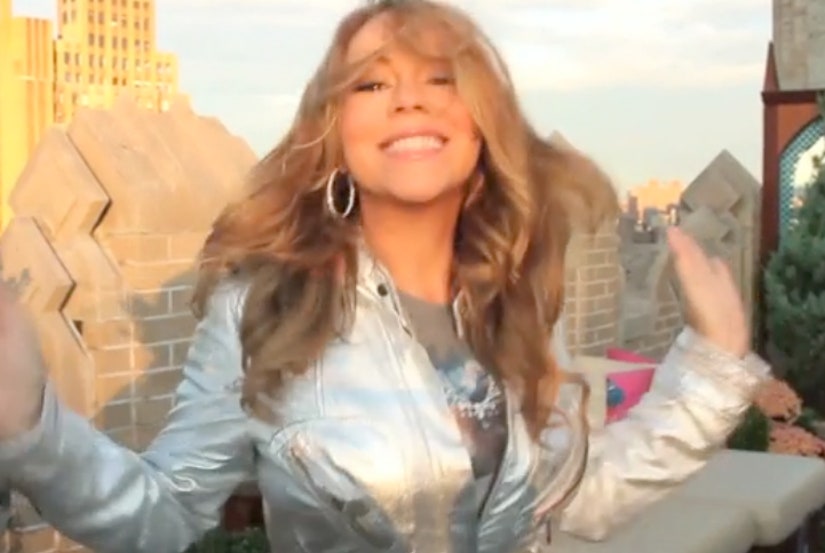 Justin Bieber isn't messing around with his upcoming Christmas album -- because he's lined up one amazing duet with the one and only Mariah Carey.

Mariah, whose 1994 "Merry Christmas" album is a certified holiday classic, filmed an unintentionally hilarious video announcing that she and Bieber will re-record her hit "All I Want For Christmas Is You" for his upcoming album.

"I'm very excited about it ... you're going to be even more surprised when you hear it," a flighty Carey proclaims. "The song sounds great, I'm very excited for everyone to hear it this Christmas and to be totally festive with our festive collabo."

The video proves Mariah is still a little crazy post-babies ... and we love it.

Check out the full track listening for Bieber's "Under the Mistletoe" below. The album drops November