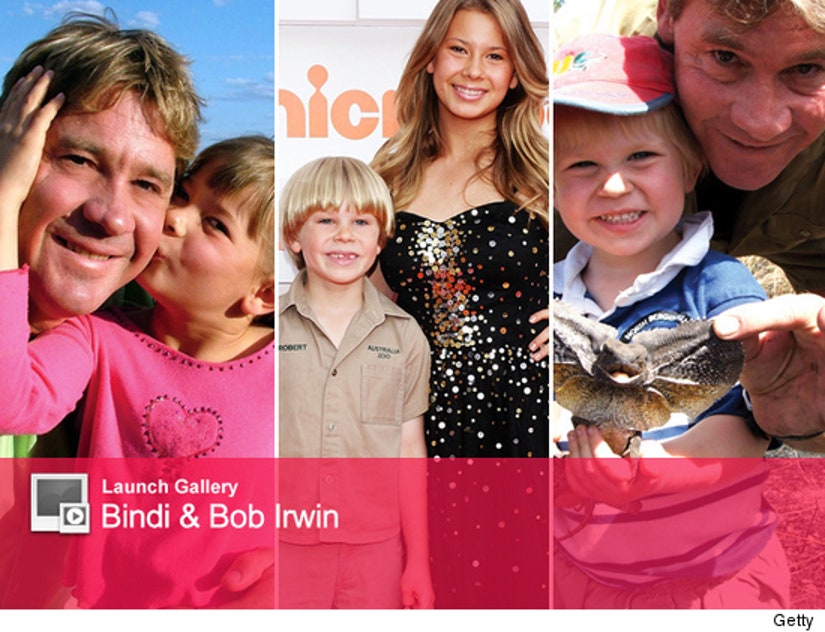 Crocodile Hunter Steve Irwin's children hit the red carpet for the Nickelodeon Kid's Choice Awards in Australia today (center) -- where they looked so grown up!

Gone were the pigtails and crimped hair we're so used to seeing on Bindi, now 13, who instead was showing off a head of glamorous, Hollywood-ready hair.

Bob, who turns 8 in December, was adorable as ever too, looking just like his mother Terri in an Australia Zoo uniform.

It's been 5 years since their father was tragically killed by a stingray in 2006 -- and it's great to see them looking like happy, well-adjusted kids.

Check out the gallery above to see how they've grown in front of the cameras through the years.