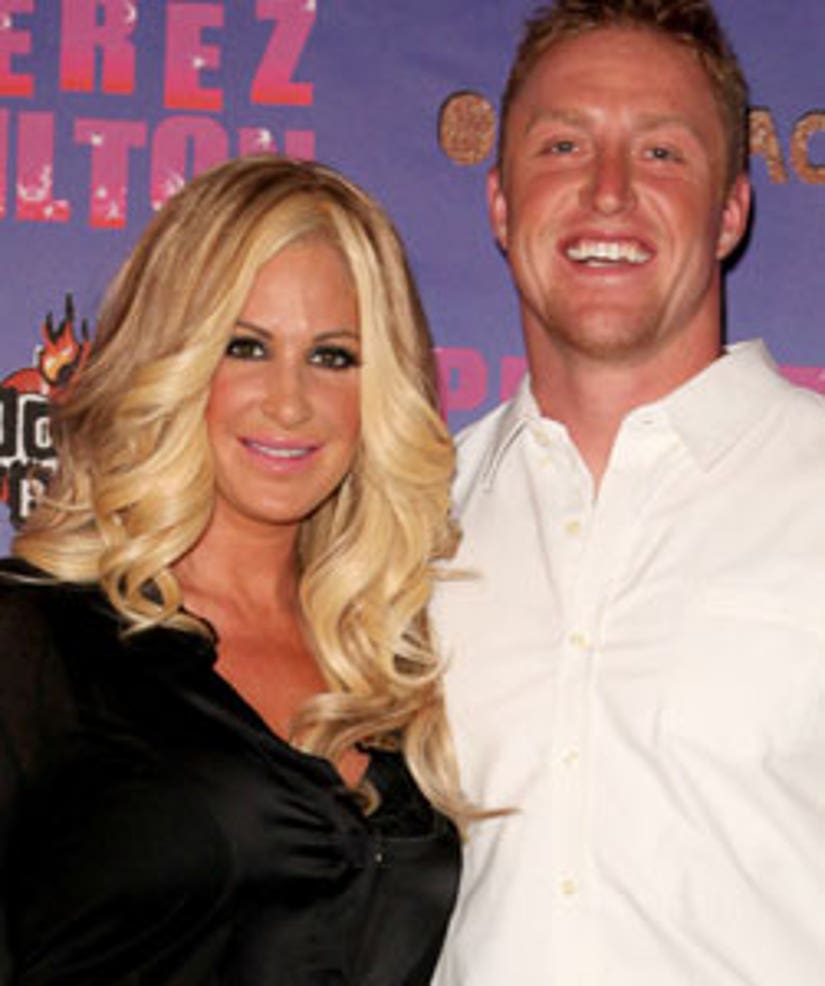 Break out the fake lashes and big hair -- Kim Zolciak is getting married!

The "Real Housewives of Atlanta" star, 33 (I know, we can't believe it either) and Atlanta Falcons defensive end Kroy Biermann, 26 are engaged to be married. The couple have a son, Kroy Jagger Biermann, Jr., who was born last May. Kim also has two daughters, Brielle and Ariana, from a previous marriage.

Zolciak shared the news on Twitter Tuesday afternoon. "I am happy announce that YES @biermann71 and I are engaged! I'm on a cloud and so blessed!!"

For the first two seasons of the reality show, Kim carried on a relationship with a married man named "Big Poppa." "Poppa" lavished Kim with expensive gifts, including a ring, but refused to divorce his wife. The couple split, prompting her song "The Ring Didn't Mean a Thing" (clearly, her tune has changed with Kroy).

Afterwards, Zolciak reportedly had a same-sex relationship with DJ Tracy Young, who produced remixes of her hit "Tardy for the Party." She met Biermann at a charity dance event and instantly connected with him, but their romance was not a central storyline to Season 3. Season 4 will premiere on November 6, 2011.

Members of the Bravo family took to Twitter to offer their congratulations.

"Mazel to @Kimzolciak and @biermann71 on your engagement. Kim, you got a winner! Kroy you got a handfull! Just kiddin' :-)," Bravo exec Andy Cohen tweeted.

"@Kimzolciak Congrats to you both, so happy for you. Love & light to you and your family. X0," "Millionaire Matchmaker" Patti Stanger added.

A wedding date and venue have reportedly been chosen, but not revealed.