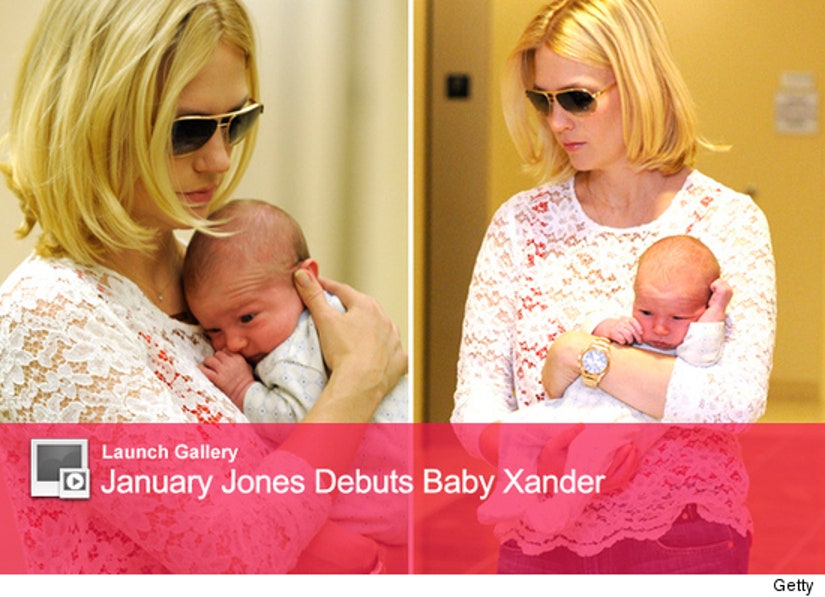 Ever since January Jones announced she was pregnant, everyone's been wanting to know who the father of the baby is -- so, does the first shot of the newborn hold any clues?

The "Mad Men" star stepped out with little Xander for the first time yesterday, and while we have no clear guesses on the daddy, one thing's for sure: He's a very cute kid!

Xander Dane Jones was born back in September.