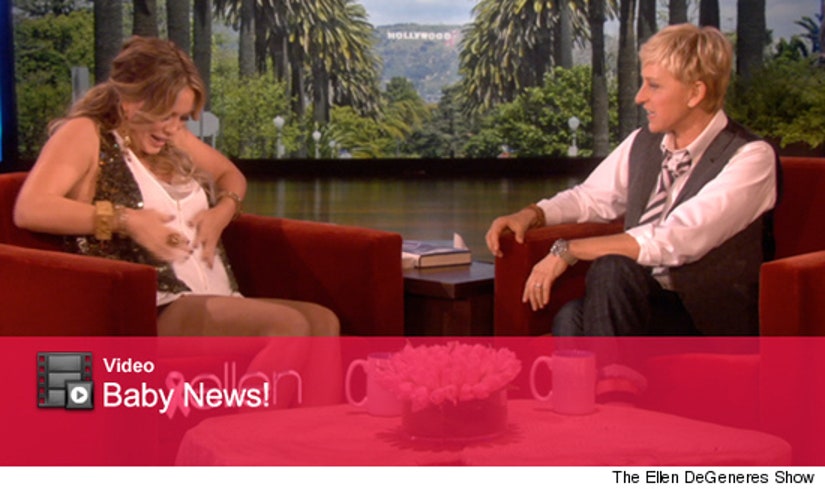 Is it a boy or a girl for Hilary Duff and husband Mike Comrie?

The pregnant 24-year-old revealed she and her hockey player hubby are expecting a baby boy -- letting it slip on today's episode of "The Ellen DeGeneres Show."

The former Disney star had Ellen try and guess the baby's sex -- and when she said "boy," Duff confirmed the news.

"it's kind of like a little alien has taken over your body," Duff says of the pregnancy. "You just don't quite feel normal. But it's cool.It's been good."

Hilary also tells Ellen how she told Comrie they were having a baby -- check out the story in the video above.