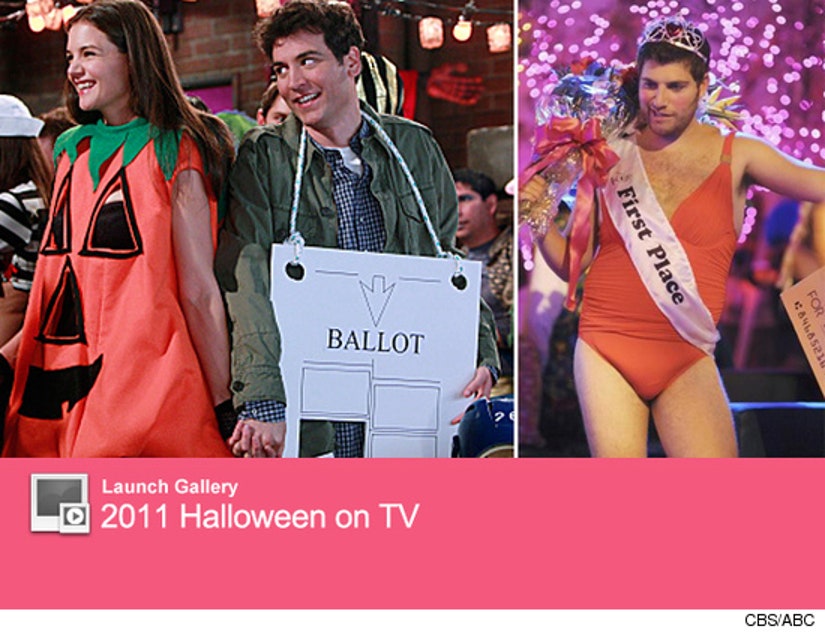 The character was first introduced during the show's first season back in 2005, but her face was never seen. She's described as wearing a pumpkin costume "carved in strategic places" and instantly hits it off with Ted -- but then "something went terribly wrong" and he loses her phone number.

Ted says he goes to the same Halloween party in the same Hanging Chad costume every year hoping to run into her again -- and this year, he finally does.

This time around, Katie Holmes is playing her and she's even got a real name: Naomi.

The episode, "Perfect on Paper," airs on Halloween -- and judging by the title, we're guessing things don't work out as planned for Ted.

Check out the video from Season 1 below, plus see more of your favorite TV stars in this year's Halloween-themed episodes above.