Henry Cavill shed his Superman suit on the set of "Man of Steel" ... and he's looking darn good.

The British hunk was spotted dashing out of a house in a pair of ripped pants and nothing else. Crave Online originally posted the photos. Check out all the shirtless shots, inside: 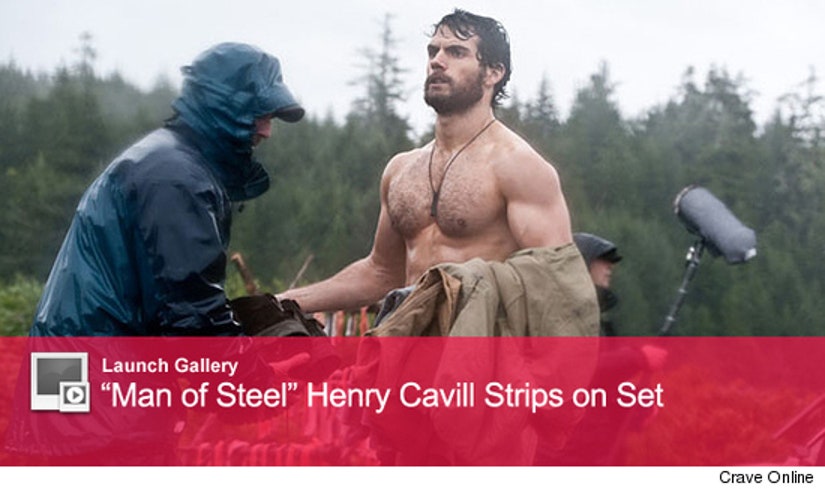 The new Superman movie is slated to hit theaters in 2013, with Zac Snyder ("300") directing and Christopher Nolan ("Batman") producing.

Cavill can be seen in the upcoming movie "Immortals," where he spends much of the movie flaunting his fit bod. Need proof? Check out the photos here.