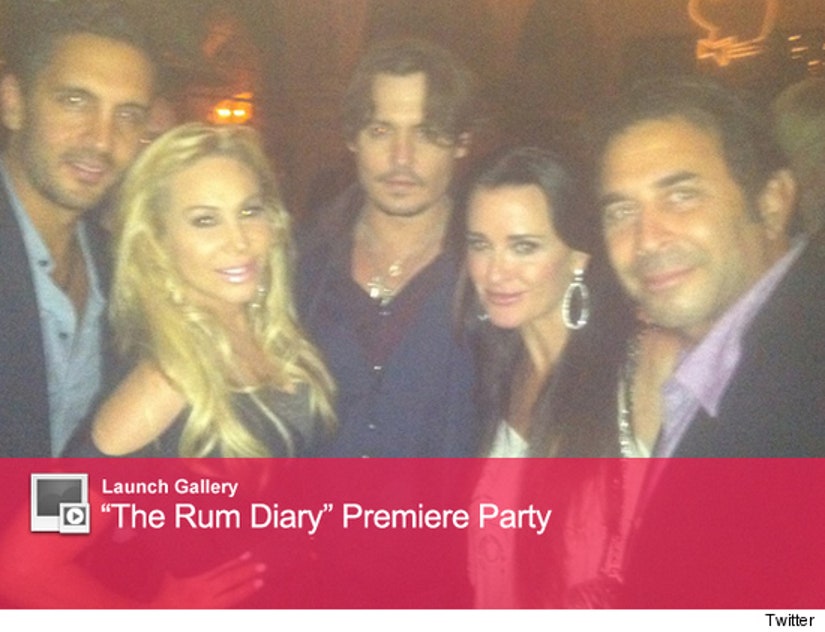 As if the pricey jewelry and massive homes of Adrienne Maloof and Kyle Richards aren't enviable enough, the two "Real Housewives of Beverly Hills" stars somehow found a way to make everyone even more jealous: They met Johnny Depp.

The two Bravo TV stars, plus husbands Paul Nassif and Mauricio Umansky, all posted the same photo on their Twitter pages late last night, showing them with the one and only Mr. Johnny D.

The crew was attending the premiere party for Depp's new movie, "The Rum Diary," hosted by Playboy at Chateau Marmont.

"Honey, that's my boyfriend and me in the middle ;-) wink wink" Kyle tweeted after meeting Johnny at the event.

Also spotted at the bash were Johnny's co-star Amber Heard (who looked beyond AMAZING in a red dress), Hugh Hefner, Marilyn Manson and Giovanni Ribisi.

Check out all the party pics above.