Music from Prince, Lady Gaga, Rihanna and even a song from "Pretty Woman" hit "The X Factor" last night -- and the performances were surprisingly good! 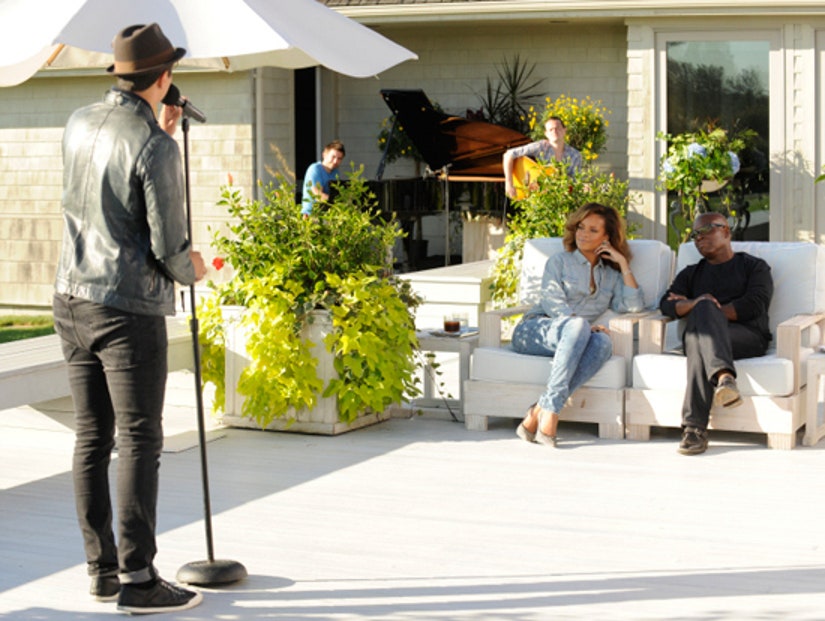 Now that the audition rounds are over, the real talent takes center stage, as the four groups of contestants started singing for their respective judge.

Simon will be mentoring the Girls, L.A. Reid got the guys, Paula Abdul got groups and Nicole Scherzinger has the Over 30s.

There were a ton of performances -- so we picked out our favorites from each group below.

The Girls: 14-year-old Drew Ryniewicz (who memorably covered Justin Bieber's "Baby" for her initial audition) did a soulful rendition of "Must Have Been Love" from the "Pretty Woman" soundtrack. We're still having a hard time believing she's only 14 -- because wow, what a voice.

The Boys: Frank Sinatra wannabe Phillip Lomax put an interesting twist on Rihanna's "Can't Stop the Music," showing the club-banger down. Raising the stakes even more was the fact that Rihanna was L.A. Reid's guest celebrity assistant -- and she appeared to eat it up.

The Groups: Lakota Rayne makes our list of favorite performances partly because of their horrible name. The new group, made up of women who didn't make the solo girl-team cut, performed a twangy "Born This Way."

What did you think of last night's performances? Any clear favorites yet?