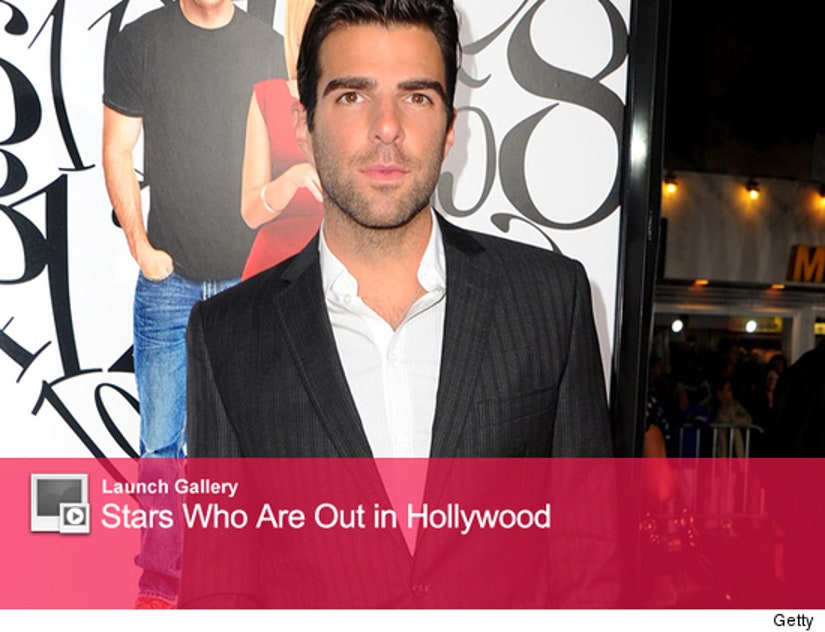 Zachary Quinto publicly came out today -- and did it without the fanfare of posing on the cover of People Magazine.

Instead of a huge article about his sexuality, the "Star Trek" star chose to nonchalantly confirm he's gay in a New York Magazine piece centered around his role in a movie about the financial crisis and his 8-month stint on Broadway in "Angels in America."

It's the latter that really got Quinto to open up, saying the role of Louis Ironson was the "most challenging thing I've ever done as an actor, and the most rewarding."

He addresses his sexuality again later in the article, saying "You have the legalization of gay marriage in the state of New York and three months later you have Jamey Rodemeyer killing himself, yet another gay teenager bullied into taking his own life. And, you know, again, as a gay man, I look at that and say there's a hopelessness that surrounds it."

"Where's this disparity coming from, and why can't we as a culture and society dig deeper to examine that?" he adds. "We're terrified of facing ourselves."

UPDATE: Quinto has revealed his reasons for coming out in a new post on his blog. Read it, in his own words, below:

"when i found out that jamey rodemeyer killed himself - i felt deeply troubled. but when i found out that jamey rodemeyer had made an it gets better video only months before taking his own life - i felt indescribable despair. i also made an it gets better video last year - in the wake of the senseless and tragic gay teen suicides that were sweeping the nation at the time. but in light of jamey's death - it became clear to me in an instant that living a gay life without publicly acknowledging it - is simply not enough to make any significant contribution to the immense work that lies ahead on the road to complete equality. our society needs to recognize the unstoppable momentum toward unequivocal civil equality for every gay lesbian bisexual and transgendered citizen of this country. gay kids need to stop killing themselves because they are made to feel worthless by cruel and relentless bullying. parents need to teach their children principles of respect and acceptance. we are witnessing an enormous shift of collective consciousness throughout the world. we are at the precipice of great transformation within our culture and government. i believe in the power of intention to change the landscape of our society - and it is my intention to live an authentic life of compassion and integrity and action. jamey rodemeyer's life changed mine. and while his death only makes me wish that i had done this sooner - i am eternally grateful to him for being the catalyst for change within me. now i can only hope to serve as the same catalyst for even one other person in this world. that - i believe - is all that we can ask of ourselves and of each other."