If you thought last week's catfight between "Real Housewives of Beverly Hills" newcomer Brandi Glanville and sisters Kim and Kyle Richards was epic, the best was saved for Monday night's conclusion.

After teasing Brandi all evening, Kim and Kyle hit below the belt and called Brandi a bad parent for allowing her son (with ex husband Eddie Cibrian) to urinate on the grass during Adrienne Maloof's pool party. Fingers were pointed, insults and obscenities exchanged, and this is what happened: 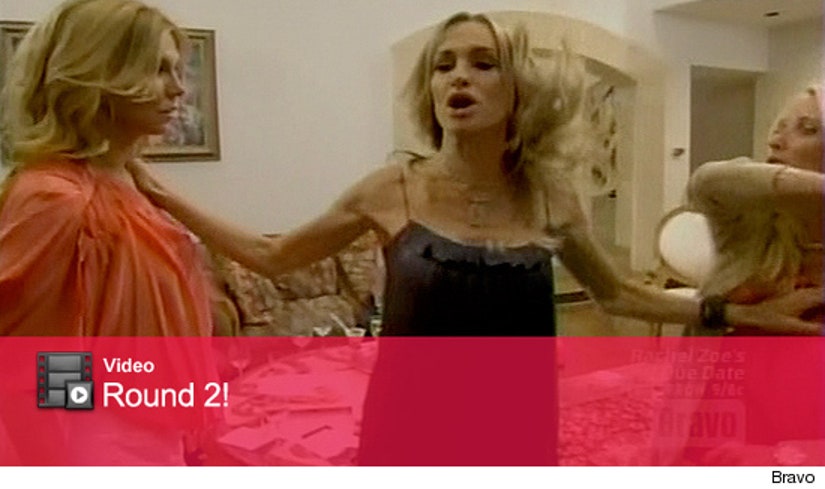 A fragile-looking Taylor Armstrong stepped in between the women and halted the fight before things got violent. "No one is hurting anyone in this house... I will not have it" she announced. Taylor was extremely upset, perhaps alluding to the alleged abuse she suffered at the hands of her late husband Russell.

Are you Team Richards or Team Glanville? Sound off below!