Attention, Twi-hards: Today is your lucky day! New photos and behind-the-scenes video from "The Twilight Saga: Breaking Dawn -- Part 1" have been released... and TooFab has it all!

Want to see a smoldering Jacob? What about some romantic and flirty shots of Bella and Edward? Or how about a new shot from the most talked about (movie) wedding of the year?

Click "Launch Gallery" below to see these new shots and every photo from the film that we've been able to get our hands on so far: 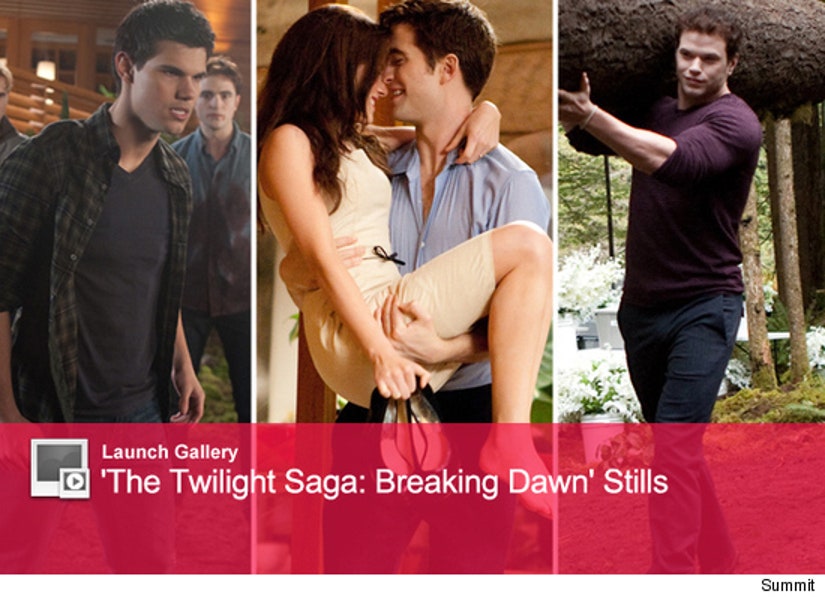 We know you want more! Check out the clip below to see Taylor Lautner talk about Jacob's transformation from jealous hot-head in the beginning of the film, into a man:

Next up, Robert Pattinson dishes on Jacob and Edward's forced friendship due to Bella's pregnancy, plus the anticipation of the big wedding (he's just relieved Edward doesn't have to keep proposing!):

Kristen Stewart clues us in on Bella's pre-wedding jitters, and discusses how Edward thinks she's crazy for wanting to give birth to "Satan's spawn:"

And finally, check out a slew of behind-the-scenes goodies: RPatz in bed; a shirtless, running Taylor...in the rain; lots of cast giggling; cuddly Kristen and Robert at a waterfall. And don't you want to see Robert and Taylor fighting? Well, click below!

Really, how excited are you for this movie to hit theaters on November 18th? Let TooFab know in the comments below!