Donald Trump has recruited 18 B-list celebrities for the next edition of "Celebrity Apprentice," which debuts next spring on NBC. 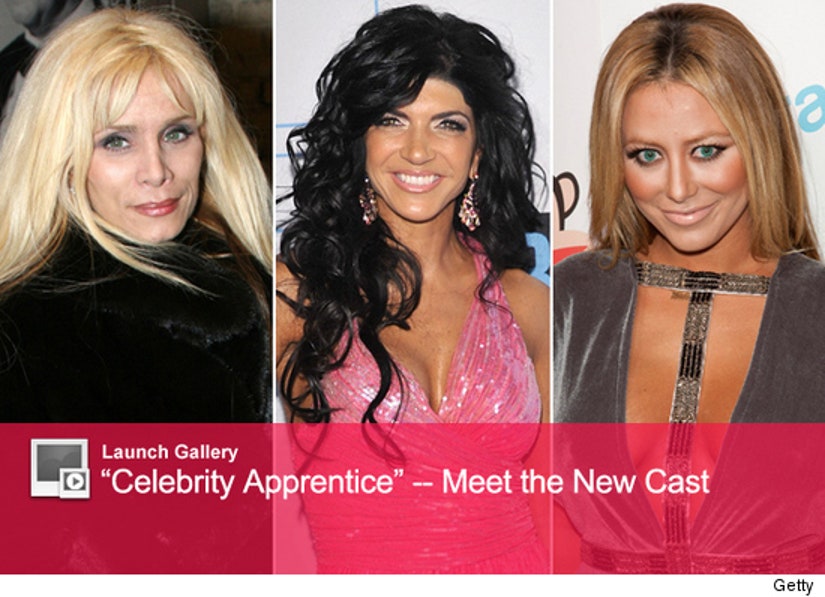 The teams were spotted in New York earlier this week for their first challenge -- selling sandwiches. As in seasons past, it appears that the teams are divided by gender.

Last year, NeNe Leakes' fights with LaToya Jackson and Star Jones were more intense than the boardroom firings. Hopefully, her fellow temper-challenged housewife Teresa will bring the same drama. We can see her getting into it with Victoria Gotti and Aubrey O'Day. If the Donald is smart, he'll secure his boardroom table, because Teresa has been known to flip a table.

Who's our early favorite? Tia Carrere. She's smart, sexy, and calm -- just what the Donald is looking for.

Click on the "Launch Gallery" above to see all the contestants.

Will you watch "Celebrity Apprentice"? Tell toofab in the comments below!