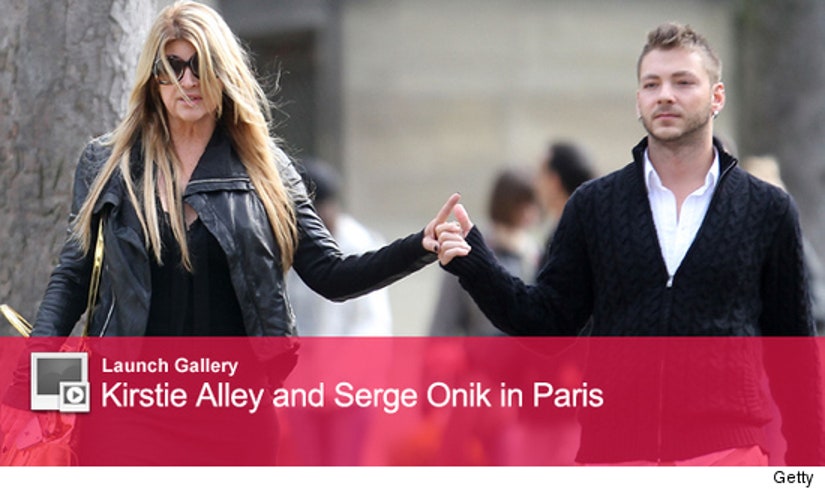 Kirstie Alley turned 60 this year -- so what's going on with her and a 20-something guy?

The two were seen holding hands while laying roses on his grave -- prompting rumors to swirl that the duo were dating.

Looks like they're just friends, as a source tells E! "She's joking around. He's her trainer."