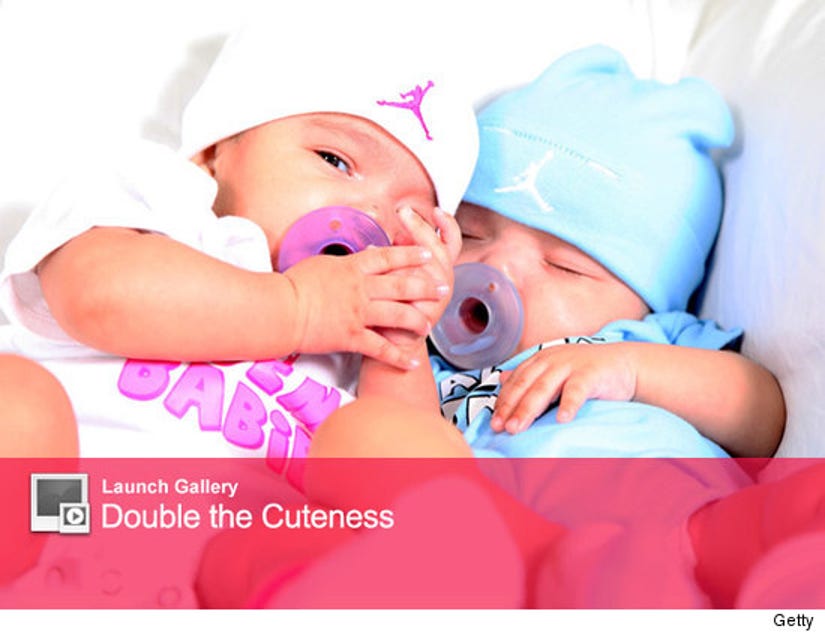 Ranging from a cute family shot dressed as The Incredibles to just-born pics in the hospital, it's access to celebrity babies like we've never seen before.

Of her difficult pregnancy, Mariah told Barbara Walters “I don't think I understood the enormity and the magnitude of what it really does to your body ... Carrying two babies. Unless somebody's been through it, it's difficult to understand what I went through, because my pregnancy was very unique in terms of what happened to me.”

“I had serious back problems,” she adds. “I was afraid I wasn't going to be able to walk properly again. It was a huge strain.”

Looks like it was definitely worth it though -- check out all the adorable family photos above!

The couple chose to sell the baby photos on Getty -- and instead of pocketing all the proceeds for themselves, all proceeds are going to Fresh Air Fund's Camp Mariah, which gives inner city kids the chance to go to summer camp.