There was a lot of drama on Monday's episode of "Dancing With the Stars." The theme was Broadway, and the theatrics came from an unexpected source -- Maksim Chmerkovskiy.

The sexy Ukrainian pro dancer, who's paired with soccer player Hope Solo, got a tough critique -- in fact -- Len Goodman said their rumba was Hope's worst dance of the season! Ouch! That got Maksim riled up and he lashed out. 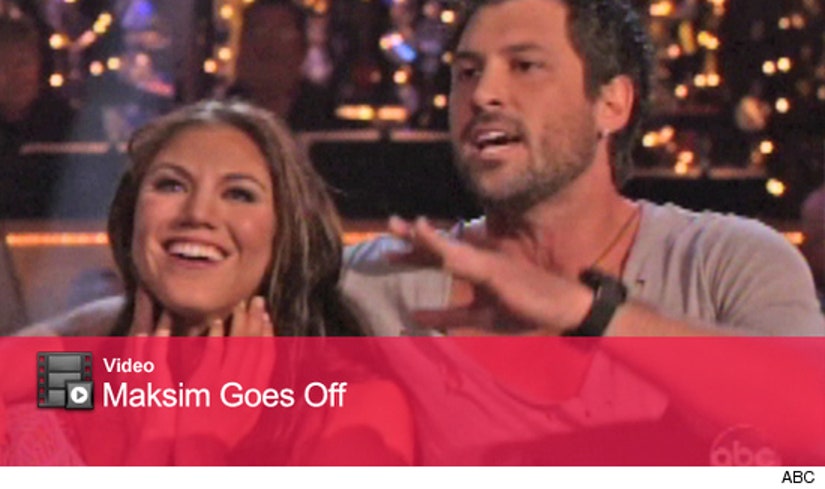 "I've been in this business for nearly 50 years," head judge Len boasted.

Maksim continued his tirade after they received a score of 20/30, just one point more than the night's worst scorers, Chaz Bono and Lacey Schwimmer.

"With all due respect, this is my show," Maksim said. I helped make it what it is. I love every aspect of it, I love every professional that's ever been here and I love every celebrity that puts effort into every week. Having said that, I'm a little tired that we're being judged, some on effort and some being picked on."

You can see it all go down by clicking on the video above.

The judges were much kinder to Ricki Lake and her partner Derek Hough, scoring their quickstep a 29/30. They redeemed themselves after last week's poor performance.

They tied with veteran J.R. Martinez and pro Karina Smirnoff, who also did a quickstep. Both couples have pulled away from the pack and have established themselves as frontrunners for the mirror ball trophy.

Do you think Maksim was out of line? Tell toofab in the comments below!