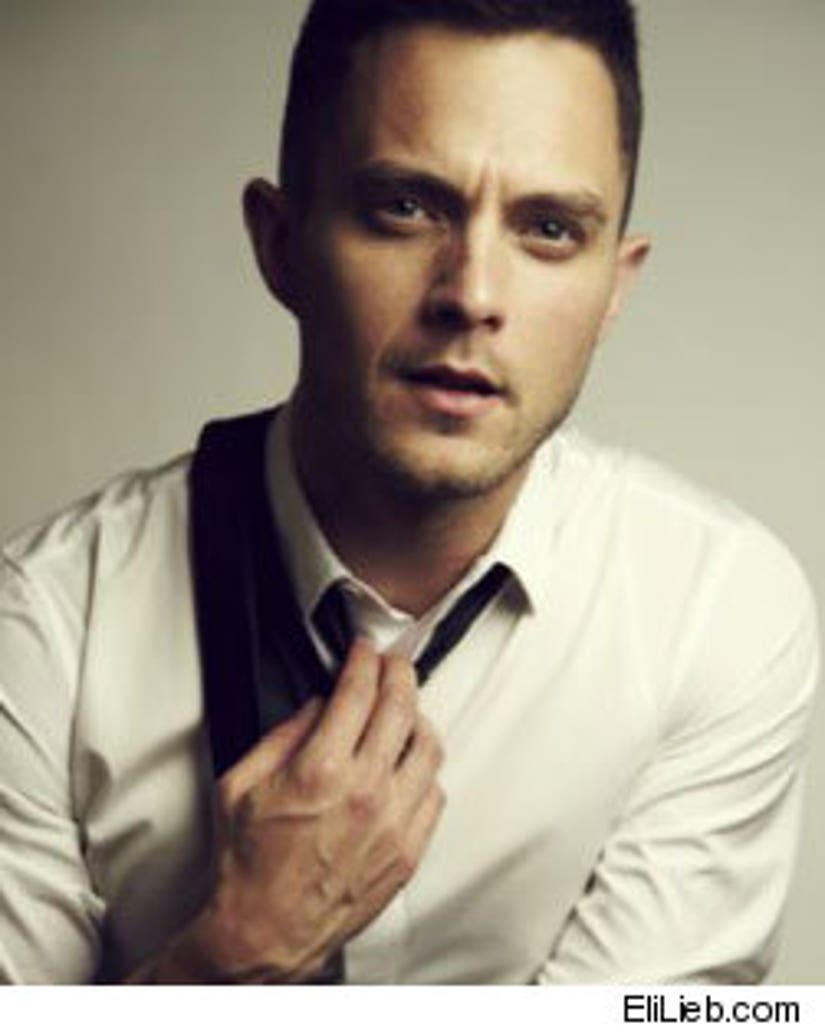 At a time when most artists would kill for a major music label to sign them, Eli Lieb was turning them down. While other musicians were moving to major cities to follow a dream, Lieb was leaving one.

For 10 years Eli Lieb spent his time in the heart of New York City making a name for himself. His first performance held at the Sidewalk Café instantly grabbed the attention of label executives and producers. Lieb explored the possibility of signing with a label, but decided the best thing to do for himself and his music, was to move home to Iowa.

Lieb felt that Iowa's way of life was much more simple and easy. He wanted to focus on his creativity and be in a strong place while writing and recording. The drastic move obviously paid off because Lieb's first album dropped today October 25, 2011.

TooFab caught up with Lieb and got the full scoop on his musical journey. Check out the interview below!

TF: When did you first know music was your passion?

EL: I first knew music was my passion when I was 12. I was in some of the musicals at my school and that is when I realized I could actually sing. I kept doing that for a few years, and by the time I was 16 I picked up a guitar for the first time and taught myself how to play and then started writing songs.

TF: What was your creative concept behind the music video of “Place of Paradise”?

EL: A lot of times when I create something, sometimes things just pop into my head. For some reason when I knew I was going to do “Place of Paradise” as my first single and the music video for it, I just saw this image of myself floating peacefully in the water, kind of representing a spiritual holding tank. The song is about finding a place of paradise inside of you. Far too many times people are placing their happiness out of something that is not within in their control. Somebody they're waiting for to come into their life to bring them the key to making them happy, when I believe we all hold that key inside of us.

TF: Who are some of your musical inspirations and how have they affected your career thus far?

EL: I have a lot of different musical inspirations. Since I was in 7th grade I've been obsessed with Bjork. I just love how she mixes a very industrial synthetic sound with the most beautiful lush orchestral arrangements that you've ever heard. I also love Joni Mitchell, The Beatles, Fiona Apple and lately I've been getting a lot of inspiration from Robyn. I go all over the place, but take bits and pieces of everything I hear and attach it to me as inspiration. Hearing what they have created inspires me to create my own music.

TF: The album releases October 25. What can you say about this album, the vibe etc?

EL: The album has a lot of dance tracks and good beats to it, but there are also a couple songs that are just piano and strings. When I write a song I try to be able to have it played stripped down, that if I am just near a piano it will hold up just as well as how I've produced it. This album in particular came from an organic place. When I was writing and recording the songs I didn't have in mind what I wanted to do with it, I knew that I just wanted to create something. From that place I managed to tap into a very authentic and organic place, where I could just let what is inside of me come out without editing or someone else's opinion in the back of my head.

TF: Where do you see yourself in 5 years?

EL: In five years I see myself doing what I'm doing now; making more music, playing shows, writing more albums and just expanding. Life is about expansion and I hope to bring who and what I am to the table. I want to meet other people to work with and to bring different elements to the table and continue unfolding.

TF: Which artist would you love to collaborate with one day and why?

TF: After living in NYC for 10 years, you went back to your hometown of Fairfield, Iowa. Do you regret this move and why did you make the switch?

EL: Iowa is where I grew up and I love it there, it's my home base. I still spend a good amount of time in New York, but I just don't live there now. The way of life in Iowa is such a simple and easy way of life for me, and I love that. My creativity and focus is stronger when I'm writing and recording.

TF: With your album releasing in a few weeks, what are your expectations for it?

EL: I hope that my fans love it. I don't put too many expectations on the album, and just let it be what it's going to be. If I had one wish, obviously that it would do well, but that my fans would be into it and want more from me.

TF: What goes into selecting the songs you cover on YouTube?

EL: The songs that I choose to cover, I first off have to like it and enjoy the melody to the point where I can make it my own. I enjoy performing the song “Hallelujah” the most, and I really like what I did with the cover of Britney Spears “Inside Out”.

TF: What do you think about someone like Rebecca Black who made it huge off YouTube and people have been saying different things about her talent?

EL: Everybody is on their own path and no matter what they are doing I respect it. I think she became a huge overnight sensation because people thought it was pretty ridiculous, but at the end of the day she was a young girl living out the dream of wanting to become a pop star. I hope that she managed to remain okay throughout the whole process and not allow it to get to her too much.

TF: What would you like to say to all of your fans?

EL: I am extremely appreciative of each and every one of them. I am a fan of so many musicians, and you listen to other people's music and you listen and think you are one of many and that doesn't matter. Now that the coin has flipped and I am a musician that has fans, I really see that fans completely build your career and allow you to have a career. My fans are what pump my blood and they are the most vital part to a musician's career.