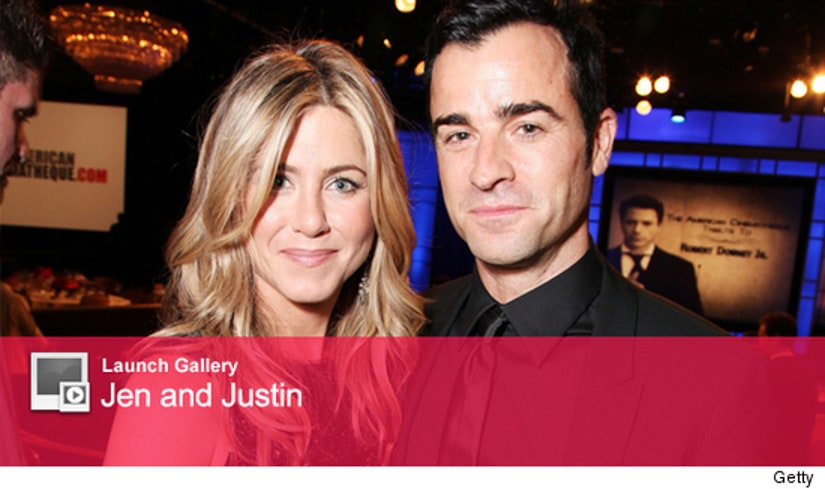 Jennifer Aniston is packing on the pounds -- but a baby has nothing to do with it.

The actress shot down rumors she and boyfriend Justin Theroux are engaged and expecting a child together during a press conference to promote her new Lifetime project "Five," which centers around people affected by breast cancer.

"Rumor Number One: I am not planning to get married any time soon," the 42-year-old star told Hello! magazine.

"I've been married once, and I don't know if I'll get married again" she added. "But I can tell you that as of this very moment, I have no plan to get married. Got that?"

Got it. So, what's the real reason behind Jennifer's extra pounds? She explained, saying "Rumor Number Two: No, we're not pregnant. It's just I quit smoking, so I've gained a couple of pounds."

Aniston, who was married to Brad Pitt from 2000-2005, started dating Theroux earlier this year.

Check out more pics of the hot couple above.