Paula Abdul, Nicole Scherzinger and L.A. Reid went into the show with four artists each, but had to eliminate one on the spot after they all sang. Simon Cowell, who had an extra girl in his group, had to boot two.

Spunky 14-year-old Astro (formerly known as Brian Bradley) kicked the show off with an energetic performance of Kriss Kross' "Jump" that turned into a big ad for the show. The crowd ate it up though -- there was no question this kid was safe.

His performance was followed by a shaky Chris Rene, awkward Phillip Lomax and Usher-like Marcue Canty. Lomax was the first to get booted by L.A. Reid.

Next up, it was Paula with the Groups.

Stereo Hoggz brought back the Boy Band with a modern twist on Otis Redding's "Try a Little Tenderness," which impressed the judges. They were followed up with a ho-hum Brewer Boys, ten person super-group InTENsity and girl group Lakoda Rayne -- who, despite their stupid name, performed a pretty amazing/countrified version of "Come On Eileen."

Nicole Scherzinger's Over 30 group went next -- and they were an odd bunch. Dexter Haygood started with a crazy, Prince-y mashup of Katy Perry's "I Kissed a Girl" and Britney Spears' "Womanizer," followed by understated performances by LeRoy Bell and Josh Krajcik -- the latter of whom was one of the best singers of the night.

Early favorite Stacy Francis took on George Michael's "One More Try," but was criticized by Simon for being less "church singer" and more pop.

A confused Dexter was given the heave-ho by Nicole.

Lastly it was Simon's Girls. Both Simone Battle and Tiah Tolliver went full-on pop star with their performances, focusing more on production value and less on singing. Both girls got the boot -- but not before Simone could plug her new music video for "He Likes Boys." Watch it below:

Absolutely killing it for Simon were Drew (formerly Drew Ryniewicz) and Melanie Amaro, who was one of the best singers of the night with her performance of Whitney Houston's "I Have Nothing."

Rachel Crow looked cute with Janelle Monae makeover, but her Justin Bieber/Supremes mashup didn't do much for the other judges. She could be in trouble next week.

What did you think of last night's episode? Who are you rooting for? 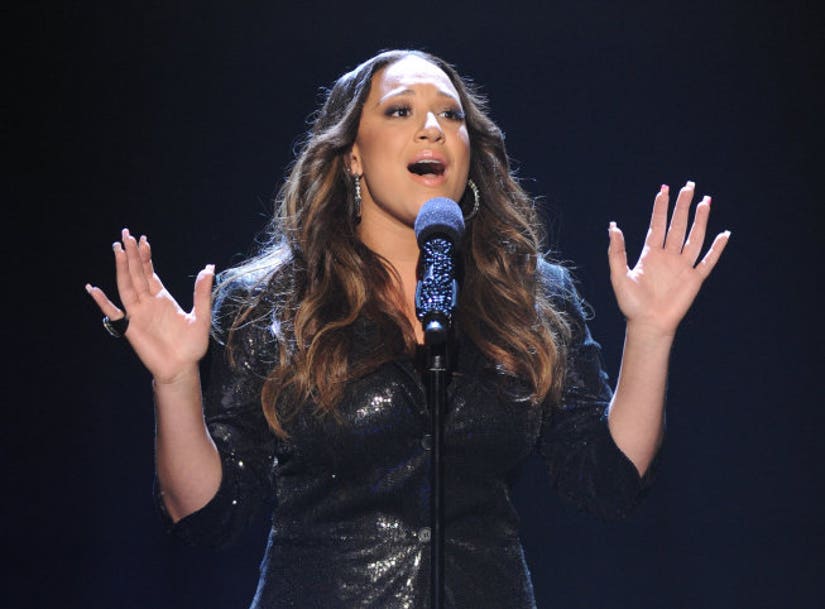