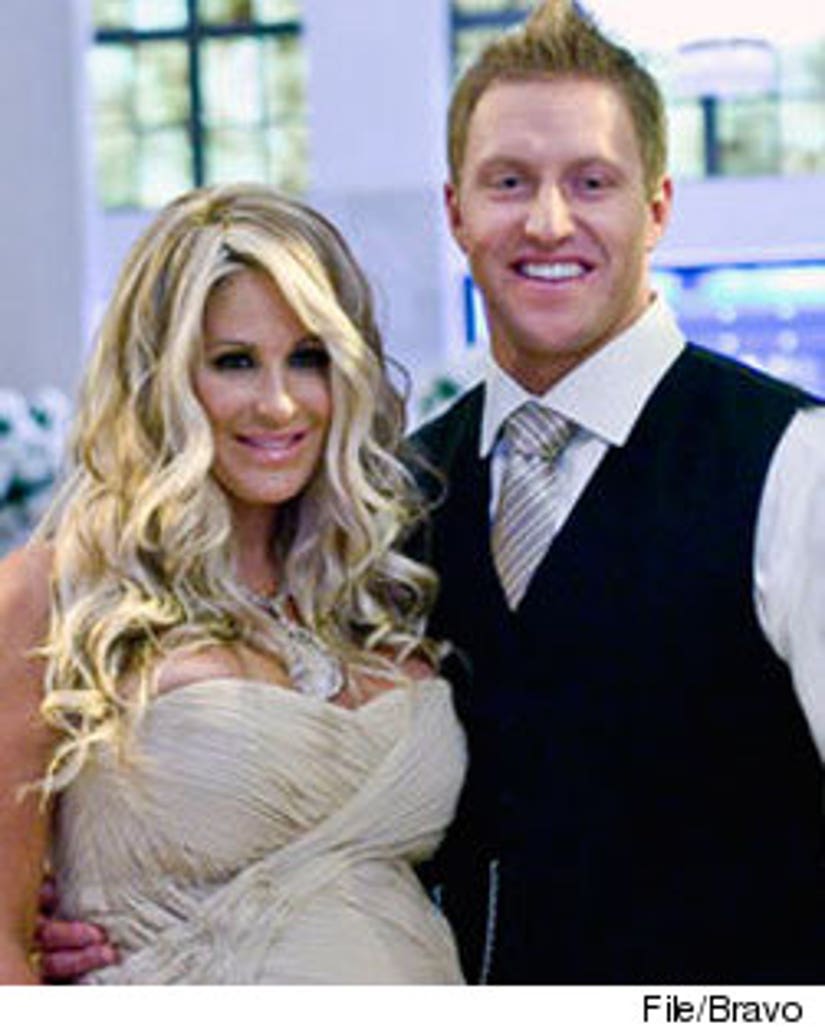 Kim Zolciak can officially join the ranks of the “Real Housewives” -- the buxom blond is now a married woman!

The star of Bravo's “The Real Housewives of Atlanta,” 34, wed Atlanta Falcons defensive end Kroy Biermann, 26, on Friday in the backyard of her Atlanta home.

"This has been the happiest day of my life," Kim told Life & Style, who first reported the union. "It's been perfect. It's been a dream come true."

The ceremony was held in the couple's hometown of Atlanta, in front of family and friends including “Millionaire Matchmaker” Patti Stanger.

The bride found time to tweet her excitement throughout the day, saying “Beautiful weather! Beautiful day!! I'm walking on a cloud and I'm so grateful!” She later added “Omg thank you Highland Bakery for my amazing wedding cake! Absolutely breathtaking I cried when I saw it! It is exactly what I wanted!!!”

The newlyweds met at a charity event in May of 2010 and welcomed a son, Kroy Jagger Biermann, Jr, last month. Kim also has two daughters, Brielle and Ariana, from a previous marriage.