Oprah Winfrey may have recently pulled the plug on her daytime talkshow after 25 years, but 2011 isn't all bad for the media mogul – she was just awarded an Oscar!

Oprah, James Earl Jones and makeup artist Dick Smith were each granted honorary Oscars at the Academy of Motion Picture Arts and Sciences 3rd Annual Governors Awards in Hollywood on Saturday night. The Academy gives the honorary statues to people who have made an impact in the entertainment industry.

Click through the gallery below to check out pictures from Oprah's big night! 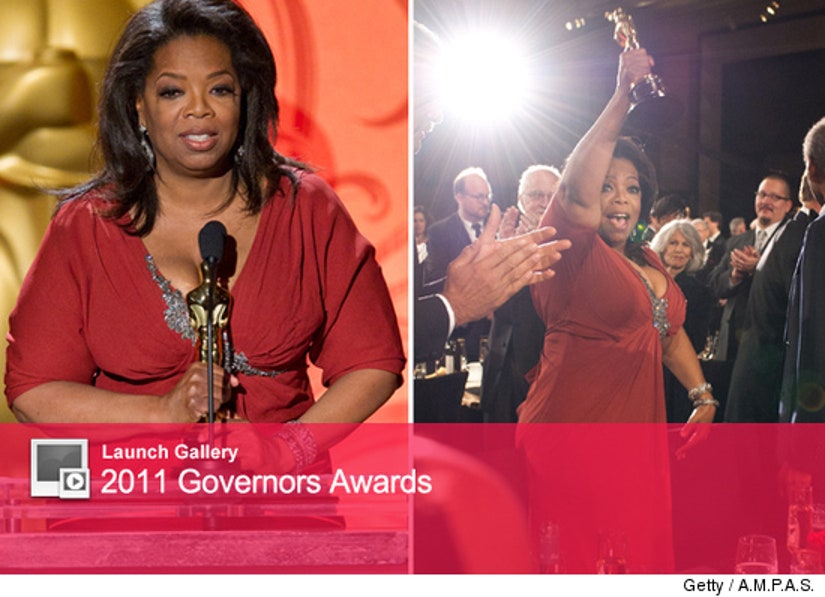