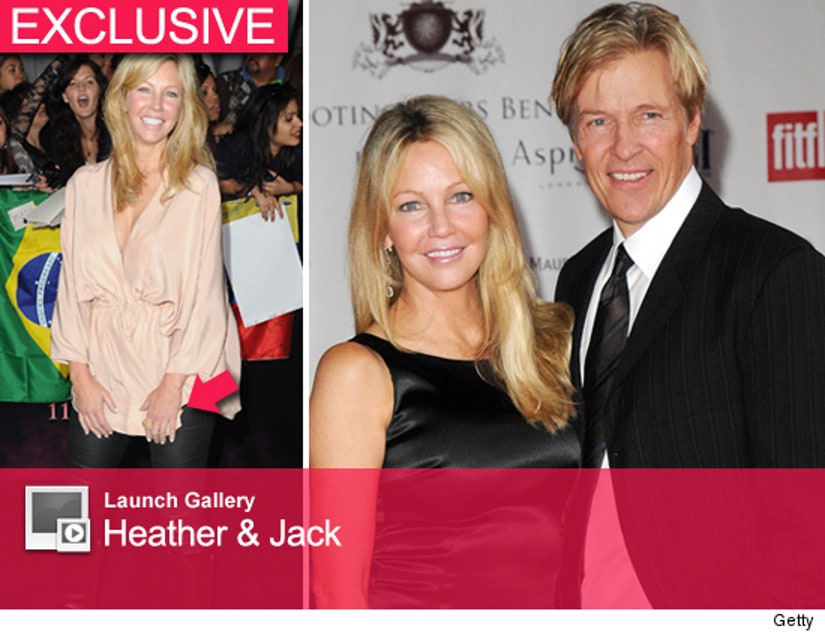 The wedding is off for "Melrose Place" co-stars Heather Locklear and Jack Wagner.

A rep for Locklear tells toofab exclusively "Jack and Heather are no longer engaged."

No reason was given for the shocking news, which comes just three months after the couple announced their engagement.

The two, who started dating in 2007, were last seen together in September celebrating Heather's 50th birthday in Hawaii.

Locklear stepped out solo to the "Breaking Dawn" premiere last night in Hollywood -- and walked the black carpet without her engagement ring (above left).