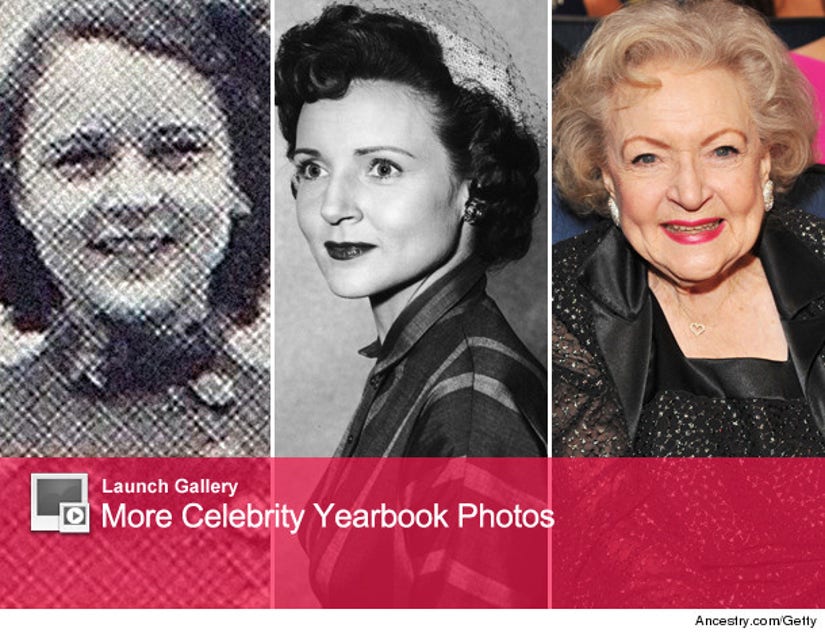 Over the course of her illustrious career, White has picked up 20 Emmy Award nominations and 6 wins. She became the oldest person nominated at the age of 89 for her work on "Hot In Cleavland" last year.

Of course, it's her work as lovable St. Olaf, Minnesota-native Rose Nylund on "Golden Girls" that many love Betty for most.

In recent years, Betty has had a HUGE career resurgence, thanks to her role in "The Proposal" and a Facebook campaign to get her hosting "Saturday Night Live" -- making her the oldest host ever.

She even released a rap video in 2011, watch that below:

That's Betty's Beverly Hills High School yearbook photo above (left), check out the gallery to see more pics of other celebs in their youth.