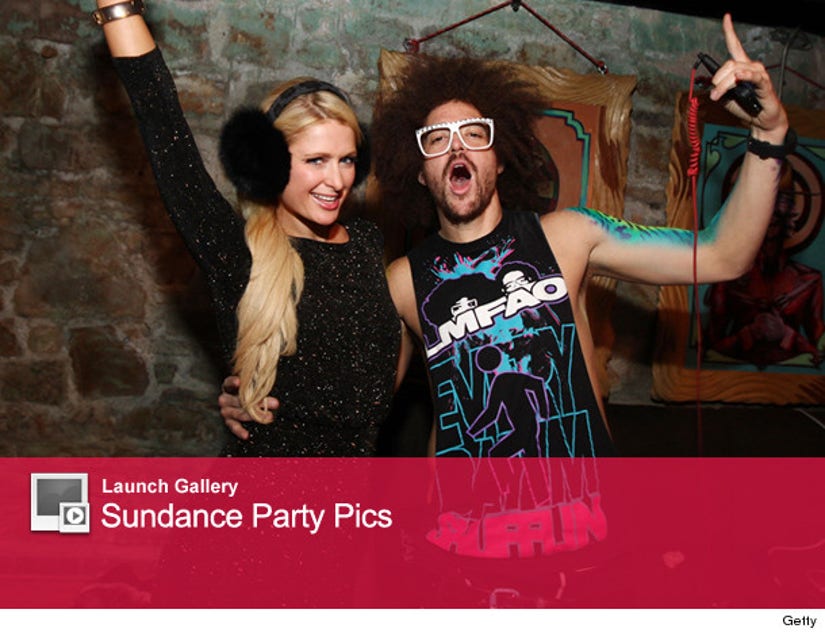 Sundance Film Festival is going down in Utah this weekend -- and it seems like everyone is there!

Big name film actor like Robert Redford, Sigourney Weaver, Richard Gere and Liv Tyler, as well as musical acts like Taylor Swift, Drake, Mary J. Blige and LMFAO and TV stars like AnnaLynne McCord, William H. Macy and Ryan Kwanten have all been spotted at the hot parties and premieres all over town.

It's not just the big name stars who are flooding in though, as random appearances from Paris Hilton, Lil Jon, and former teen heartthrob Andrew Keegan have also been seen -- either in town to party or to pick up some free stuff at one of the many gifting suites!

Also making a big splash this year at Sundance is one of the West Memphis 3, Damien Echols, thanks to a new Peter Jackson documentary about the brutal killings and subsequent media frenzy about the case.

Whether they're partying, hitting the red carpet or hitting the ski slopes, check out all the celeb sightings above -- plus the amazing portrait shoots done by Getty.