The TV personality bet fellow "Extra" correspondent A.J. Calloway that the New England Patriots would win the Super Bowl. Unfortunately, her team lost, and she had to pay up -- by stripping down in front of New York Giants fans in Times Square wearing only a Giants bikini. Host Mario Lopez was on hand to make sure Maria lived up to her end of the bargain. 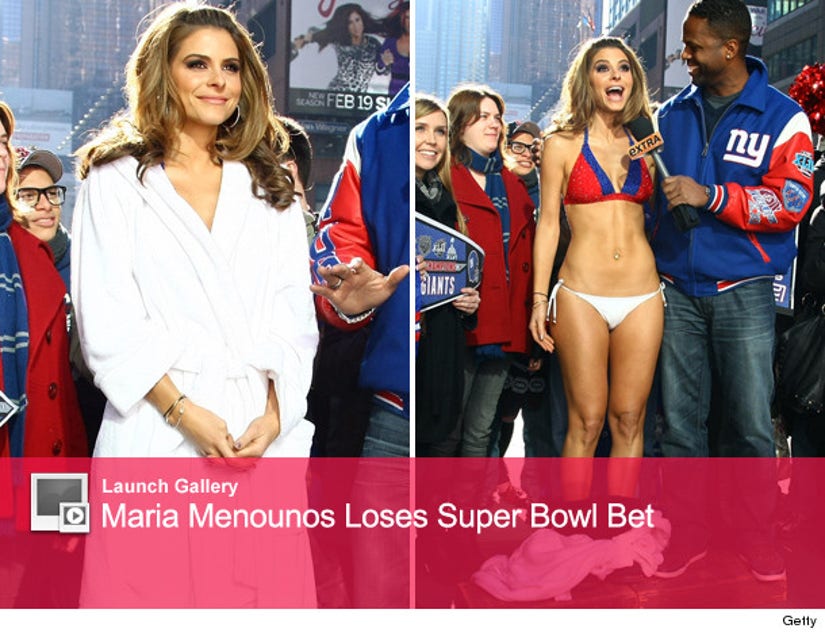 Earlier Monday, Maria tweeted a photo of herself walking through a lobby in a robe with the caption, "Ready to face the music."

Maria was so confident in Tom Brady and the Pats that she indulged in Super Bowl party food. "Problem with this bikini thing?i ate everything you wouldn't eat in major quantities 2prove my confidence in winning.now it'll be on display," she posted Sunday night.

Of course, not one ounce of fat appeared on Maria's toned tummy when it came time to disrobe. Click on the "Launch Gallery" button above to check out all the photos!

Maria's not the only celebrity to bet on the big game. 50 Cent bet $1 million on the Giants and promised to post nude photos of himself, but later backtracked on that promise.