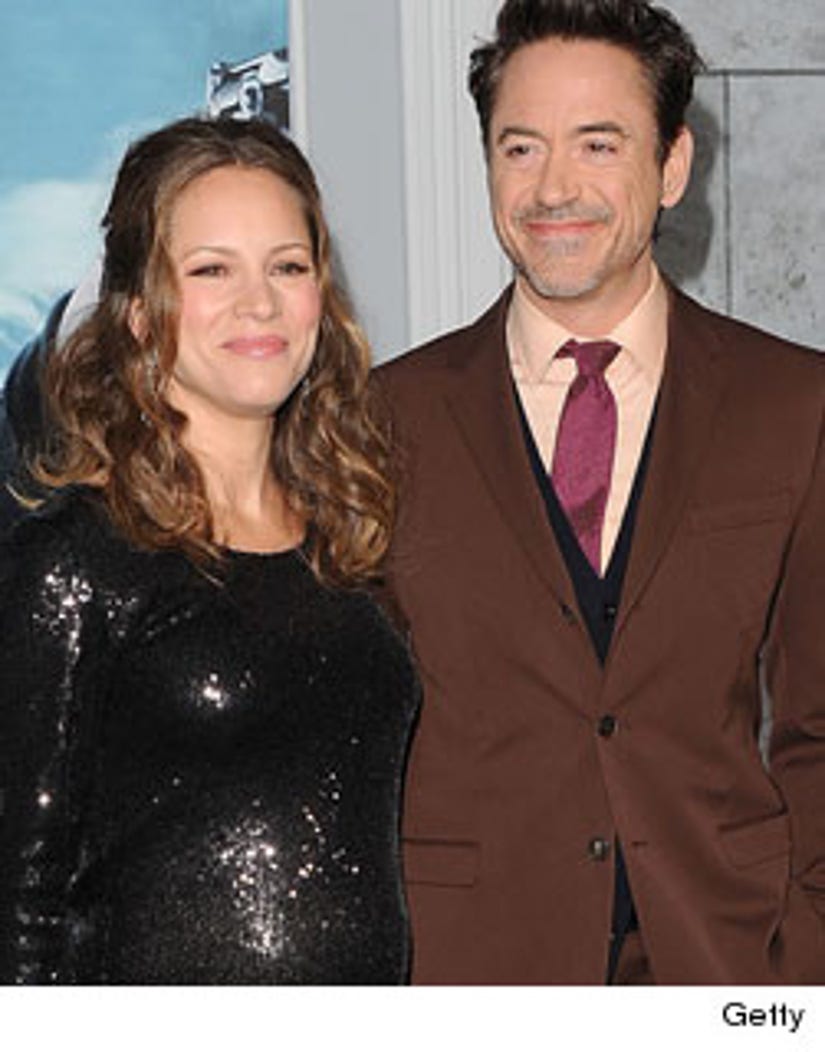 It's a big week for Robert Downey Jr. -- not only was the star featured in a Super Bowl commerical for his highly-anticipated comic book film "The Avengers," he is also the proud papa of a new baby boy!

Robert and wife Susan Downey welcomed son Exton Elias Downey on Tuesday morning at 7:24 am. According to PEOPLE, the baby weighs in at 7 lbs., 5 oz., and measures 20 inches long.

Indio is the first child for Robert and Susan who have been married since 2005. Robert has a son, Indio (18), from a previous marriage.

And don't forget to catch Robert back in his Iron Man suit, along with Samuel L. Jackson, Gwyneth Paltrow, Scarlett Johansson, Chris Evans, Chris Hemsworth, Jeremy Renner and more when "The Avengers" hits theaters on May 4!