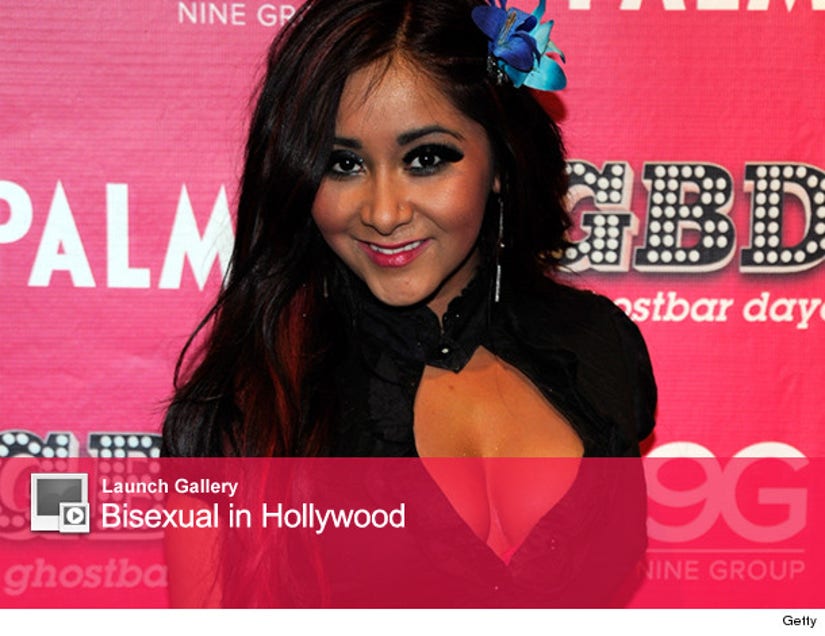 "Jersey Shore" star Snooki is attracted to girls ... but that doesn't mean she'd smush with one.

In a new interview with Huffington Post, Snooks says she's a bisexual.

"I would consider myself bi," says the tiny star. "I've done stuff with girls before. But I would never be with a girl because I like... penis. But I've experimented."

The reveal shouldn't come as that big of a surprise to fans of the show, as she got hot and heavy with female co-star Deena Cortese last season -- much to the disgust of their roommates.

Check out which other stars have said they have gone both ways in the gallery above!